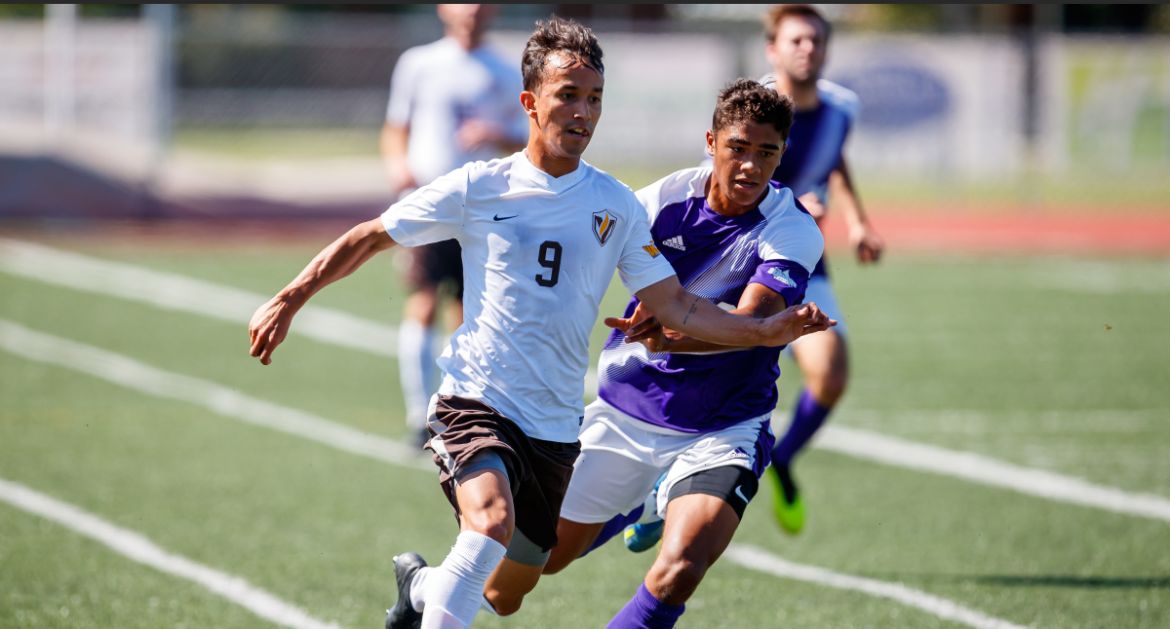 Lucca Lacerda scored his first goal of the season on Saturday.
Valparaiso at Bowling Green | September 29, 2018

The Valparaiso University men’s soccer team fell 2-1 on Saturday night on the road against Bowling Green. The Falcons scored twice in the first 20 minutes before senior Lucca Lacerda (Passos, Brazil / Mercy College) provided the Valpo goal in the 36th minute.

“It was an interesting, tense and very even battle tonight between two teams that are really having mirror seasons. BGSU is a good team. They’ve played well throughout the season, have outshot their opponents in almost every game, yet - up until tonight - they’ve not been able to get the results they probably have deserved based on their performances. That’s a familiar story for us.”

“The game tonight was going to be decided by something small since the teams are pretty evenly matched. Maybe it was the travel since we made the trip up this morning, maybe the game Tuesday night played a factor since it went late because of the lightning delay, but for whatever reason we started slowly and the home team took advantage. After the first 15 minutes we played pretty well and pushed the issue, but in games this tight you can’t gift a team anything.”

“We got some great performances individually out of some players that hadn’t featured much yet this season. Junta Callahan, Jordan Davis, Tyler Curylo, Jordan James, for example, gave us a lift when we needed it. It’s great to know we can count on the whole squad. We have a very quick turnaround to the next game and we will need to keep rotating players so that we can fully focus on the remaining conference games.”

Valpo (2-6-1) will be back home on Monday night to welcome Oral Roberts at 6 p.m. in a match that will be broadcast on ESPN+. Links to live video and stats are available on ValpoAthletics.com.