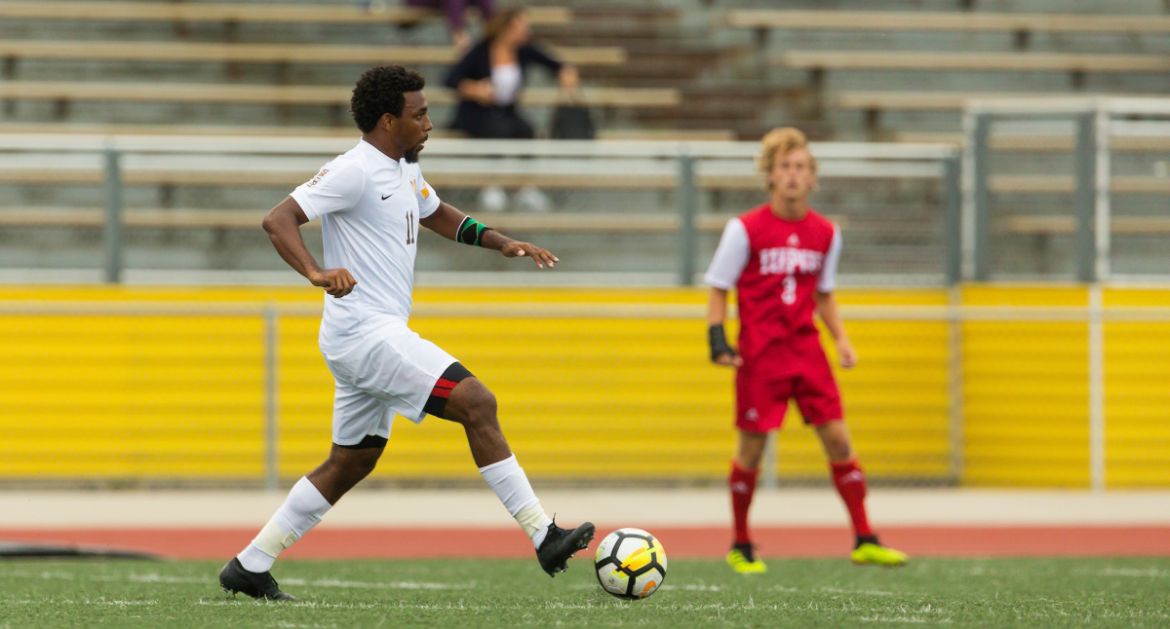 Demar Rose tied the game with an impressive goal late in regulation on Saturday.
Valparaiso at Evansville | October 27, 2018

The Valparaiso University men’s soccer team utilized an impressive goal late in regulation to garner a point in the Missouri Valley Conference standings on Saturday night at Evansville. The result was an important one as it allowed Valpo to clinch a conference tournament appearance.

“It was a very intense game, as you figured it would be with both teams trying to qualify at the end of a very tight and competitive league season. Evansville was playing on senior night, in front of a homecoming crowd, needing points to qualify for the tournament, and Evansville brought the appropriate energy to earn a result. We didn’t match that energy initially, but did find our way into the game.”

“The game took a strange turn when all the cards for both teams came out, but I was very proud of our resolve in the end to grind out a result.”

“The point qualifies us for the postseason, which is no small accomplishment in this league, and we can now turn our attention to preparing for next weekend’s game. We want to build momentum into the tournament, and next weekend is a great opportunity for that.”

Valpo (4-7-4, 1-1-3) will look to better its conference tournament positioning with the home finale on Saturday, Nov. 3 at 7 p.m. CT against Drake. Links to live video and stats will be available on ValpoAthletics.com.