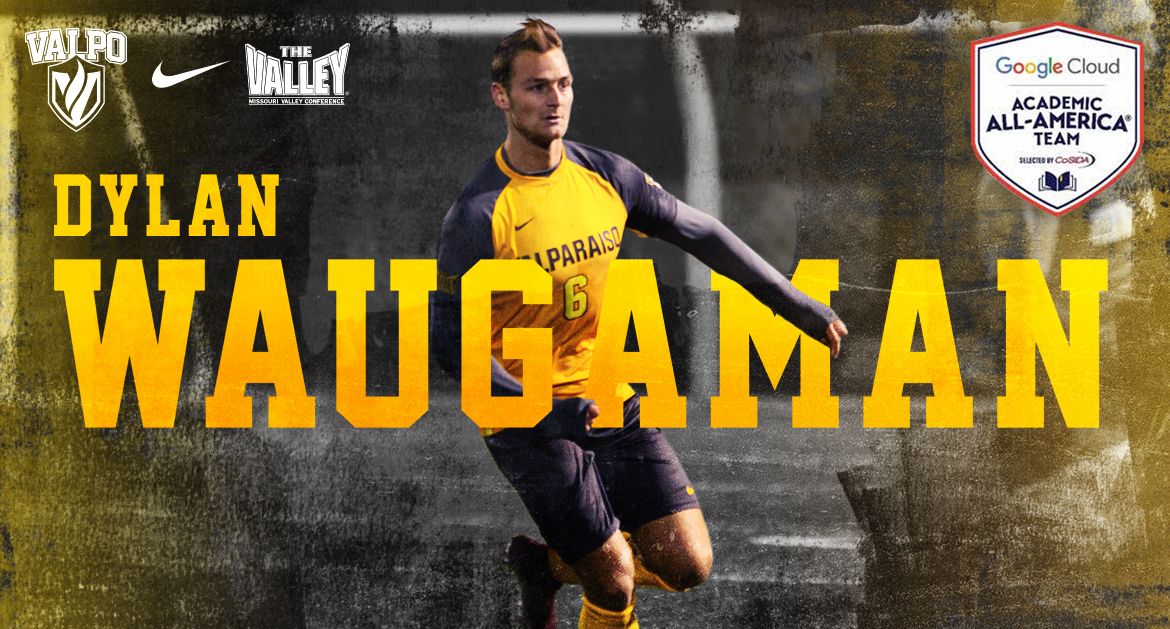 Waugaman, a redshirt junior defender, owns a perfect 4.0 grade point average in accounting. He made 14 starts as part of a Valpo defense that permitted just 21 goals this season, a mark that ranked tied for eighth in program history for fewest goals allowed in a single season. He helped the team rack up six shutouts.

Waugaman was also named to the MVC Scholar-Athlete First Team this season. He was one of six players from the Missouri Valley Conference to earn Academic All-America recognition as the conference tied with the ACC for the most honorees.

Waugaman becomes the first Valpo player to earn CoSIDA All-American honors since Todd Vervynckt was a first-team honoree in 2013. To be nominated, a student-athlete must be a starter or important reserve with at least a 3.30 cumulative grade point average (on a 4.0 scale) at his current institution.