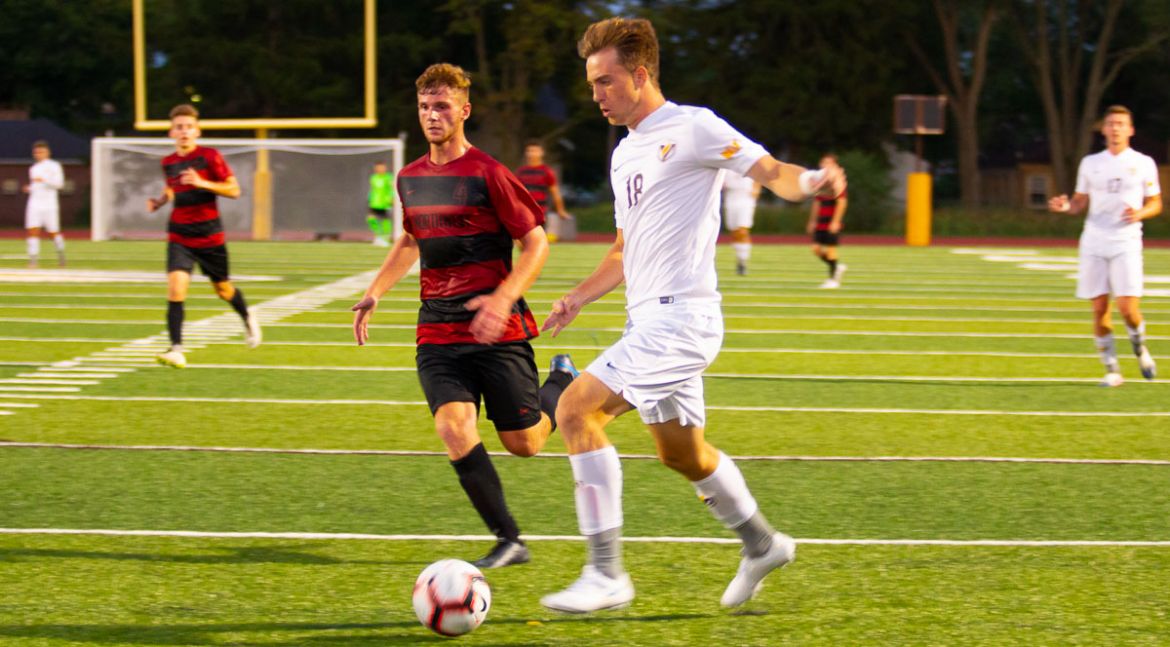 The Valparaiso University men’s soccer team debuted its new turf by equaling a program record for goals in a game on Monday night, downing IU Northwest 8-2. It was the team’s first regular season game at Brown Field since the facility received new turf over the summer. Freshman Cole Rainwater (Schererville, Ind. / Lake Central) made his first collegiate home game one to remember, producing a hat trick while finishing the night with seven points.

“I give a ton of credit to IU Northwest, their players and their coaching staff. It’s a big challenge for a young program to come here, and I thought they played hard right to the end of the game. We can actually learn a few things from them in that regard. The scoreline might not sound flattering, but the reality is that they can take a lot of positives away from that experience. My hat is off to one of our alums, Jordan Lewis, and his team. I am proud of what he is doing there, and it was great to see so many local players have a chance to play.”

Valpo (1-0-1) will begin a stretch of four straight fixtures away from Brown Field on Friday night at UIC. The match kicks off at 7 p.m. with live stats available on ValpoAthletics.com.