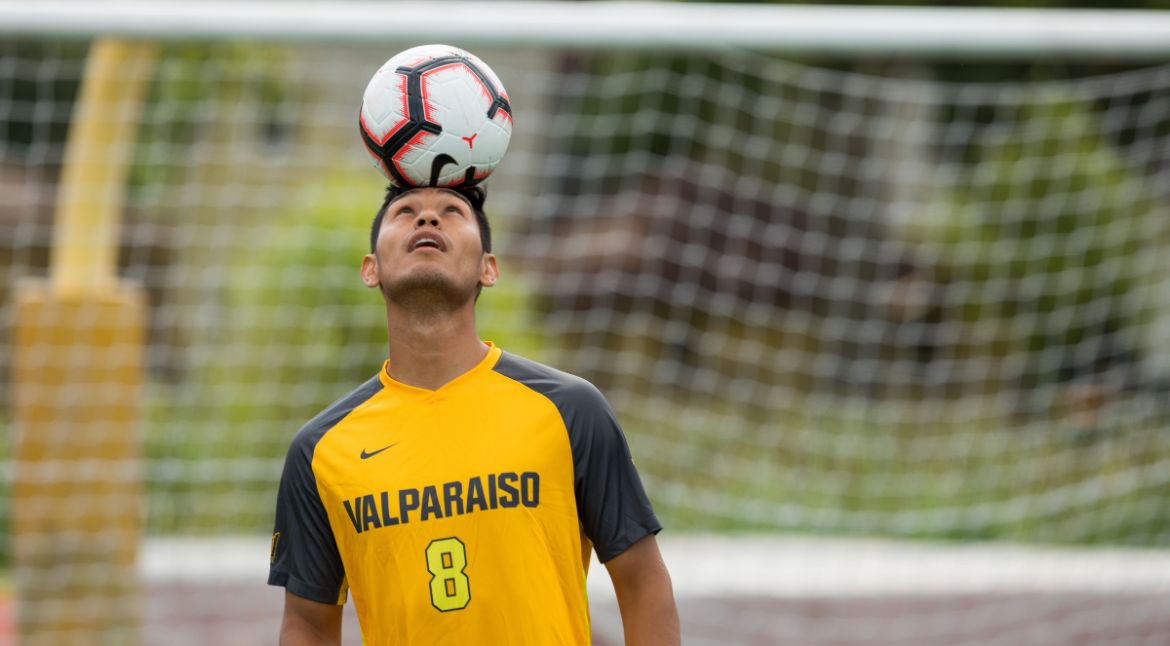 This Week in Valpo Soccer: The Valparaiso University men’s soccer team will continue a challenging stretch of four straight games away from Brown Field this weekend by visiting SMU and Oral Roberts. This starts a tough road trip that sees the team play three games in six days in three different states – Texas, Oklahoma and Missouri. These will also mark the final nonconference tune-ups prior to the Missouri Valley Conference opener at Missouri State.

Previously: Valpo incurred its first loss of the season on Friday, Sept. 6, falling 5-1 to three-time defending Horizon League champion UIC, a team that has now won 14 straight at Flames Field. UIC jumped on the board in the first minute and had four goals in the first 28 minutes including a Bar Hazut hat trick and a pair of goals in a 22-second span. After UIC controlled most of the possession in the opening half, the two sides played quite even over the final 45 minutes, a stretch that saw each team notch one goal. Valpo’s tally came courtesy of Mason Marcey with Ryan Madondo and Jonas Engler receiving assists.

Following Valpo: Live video and stats will be provided for each of this weekend’s fixtures courtesy of the host institutions. SMU’s Ponyup TV will broadcast Friday’s match, while Sunday’s will be shown on ORU’s Stretch Internet.

Series Notes – SMU: This will mark the first meeting between the two sides.

Scouting the Opponent – SMU: The Mustangs went 10-5-3 overall in 2018 including a 5-1-1 mark in the American Athletic Conference. The team is receiving votes in national polls and is ranked as high as 16th nationally by Top Drawer Soccer. SMU played in the NCAA Tournament after winning the American tournament last year. This will mark Valpo’s second straight match against an NCAA Tournament team from last season. SMU was picked second in the AAC preseason poll behind UCF, while defender Talen Maples earned preseason all-conference honors. The Mustangs started the season with a 3-0 win over Lipscomb, a team that was receiving votes nationally, before topping Houston Baptist 7-1, Saint Louis 2-0 and UC Riverside 1-0.

Scouting the Opponent – Oral Roberts: The Golden Eagles have already flexed their muscles against Missouri Valley Conference competition this season, topping Drake 4-1 on an opening weekend that also featured a 2-1 victory over Kansas City. In its most recent fixture, Oral Roberts topped California Baptist 1-0 on Sunday. The team went 6-7-3 a year ago and was picked fourth of six in this year’s Summit League Preseason Poll. Junior Chavez was tabbed as ORU’s Player to Watch after he had six goals and four assists last season, earning Second Team All-Summit honors. Chavez scored the first goal of the match at Brown Field last season.