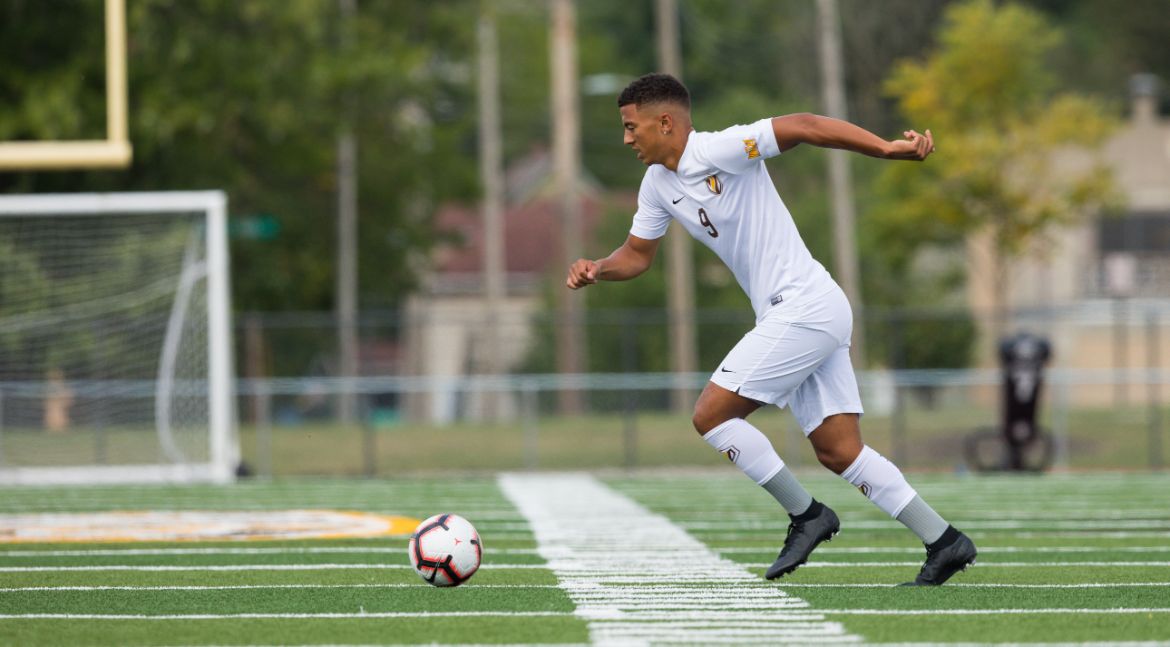 Ryan Madondo scored a late goal to tie the match at one on Sunday.
Valparaiso at Oral Roberts | September 15, 2019

The Valparaiso University men’s soccer team responded to a late deficit on Sunday evening with a timely equalizer, but host Oral Roberts found a golden goal in the 106th minute to send Valpo to a 2-1 defeat in its final fixture prior to Missouri Valley Conference competition. An exciting, competitive match featured a strong effort against a talented Golden Eagles side that owns a strong early-season resume.

“It’s always a bit of a gut punch when you lose in OT, but result aside, we took a big step forward tonight. We competed in a way that was missing in the last two games, and we had plenty of chances to win the game against a very good Oral Roberts team. ORU is off to a great start this season, and now having seen them up close, it’s no wonder why. They are mature, tough and they can play. It was a great test for us, and great preparation for Wednesday. Again, the result stings, but in terms of the team’s growth and preparation for conference play, it was a good night for us.”

Valpo (1-3-1) will open up Missouri Valley Conference play on Wednesday at Missouri State, the team’s third game in six days. The kickoff is slated for high noon and the game will be broadcast on ESPN3.