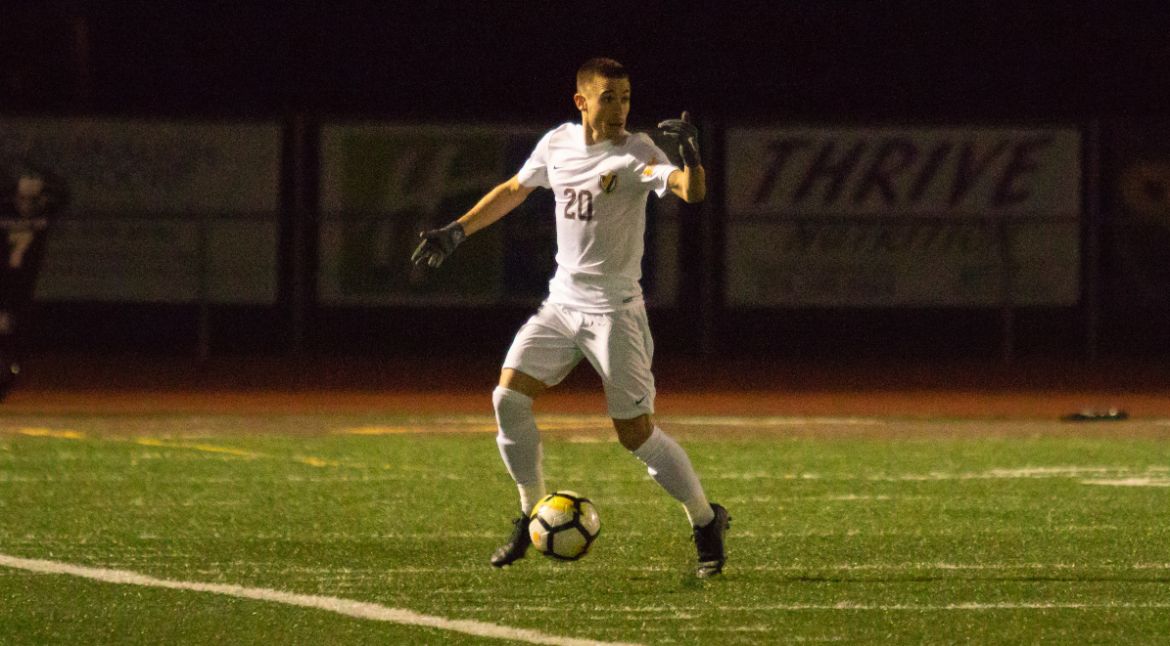 Michael Cushing scored his second goal of the season on Wednesday.
Valparaiso at Missouri St. | September 18, 2019

The Valparaiso University men’s soccer team opened Missouri Valley Conference play with its third road game in six days in three different states, rounding out a long journey with a 3-1 setback to Missouri State on Wednesday afternoon in Springfield, Mo. A challenging trip concluded with a conference-opening test against preseason favorite Missouri State, a team that is flawless at 5-0-0 through five fixtures.

“I’m really proud of the group today because there is no denying that the team has not been set up for early season success by the schedule we’ve played. We have faced four teams in a row, all on the road, and three of the four in less than a week. The combined record of those four teams is 21-2-0, and SMU is a Top 10 team in the national rankings with the other three knocking on the door and getting votes. That’s a hard schedule.”

“And, I’m glad we’ve played it. We’ve never been shy about going on the road and challenging ourselves, and as long as I’m the boss, we never will be. That’s why guys choose to play for Valpo, because they want to challenge themselves. We will grow from this opening stretch.”

“We were a bit soft at the start of the game and Missouri State made us pay for that, so credit to them for taking the advantage. When we finally started to find our shape behind the ball, we played pretty well and created chances. At 2-1 we felt pretty good about our ability to climb back in the game, and even right up to the end we still generated clear chances that we need to convert.”

“It’s now a long drive home, but I know everyone is excited for a few games at Brown Field and to apply the lessons we’ve learned so far.”

Valpo (1-4-1, 0-1-0) will host its first home match of the Valley slate on Sunday as Evansville comes to Brown Field for a 1 p.m. kickoff. The fixture will be carried on ESPN+ with live stats also available.