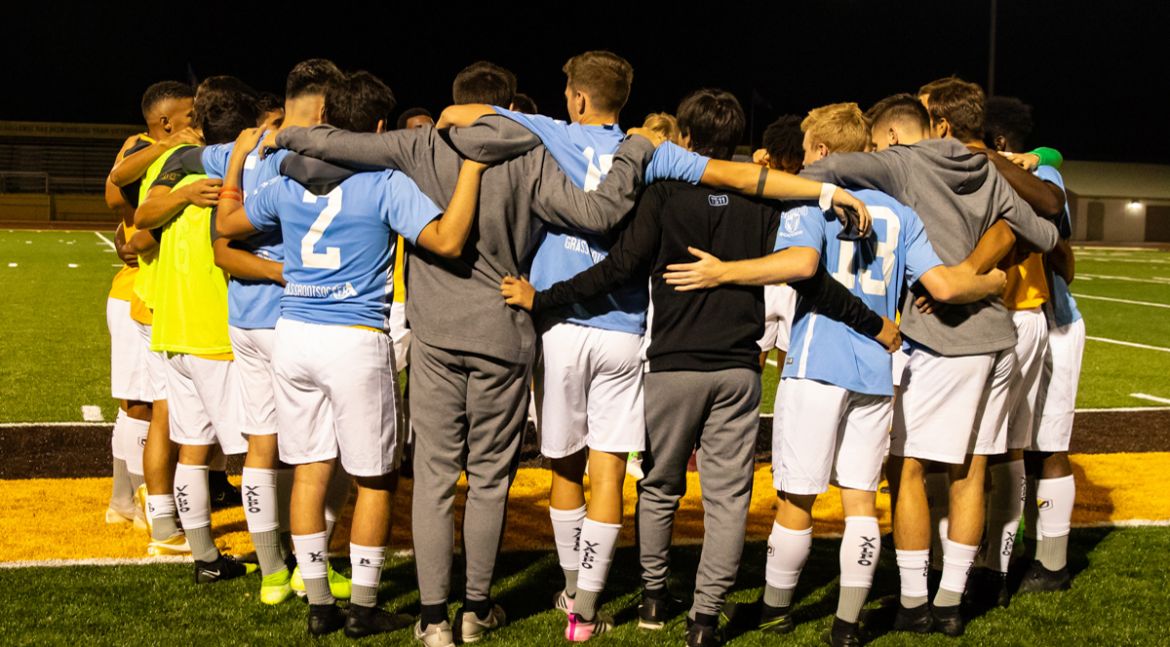 The Valparaiso University men’s soccer team incurred a 2-0 defeat on Wednesday night at Brown Field, snapping a five-match unbeaten streak on its home turf that dated back to last season. Visiting Drake scored a goal in each half en route to the victory. The team’s annual “They Often Cry Outreach” benefit match was played in front of a large audience on a pleasant early-fall evening in Porter County.

“It was a very good game tonight in front of a great and energetic crowd, and you have to give Drake credit because they played very well tonight. We also had some very good moments and overall, I thought we played pretty well, but a tight contest is separated by critical moments and in those critical moments, Drake was tougher and took advantage. It’s a great lesson for our young guys as long as they are receptive to absorbing it. Valley games are tough, and you need to be ready to compete for every ball for 90 minutes. We will see if we can apply that lesson in a quick turnaround Sunday at Bradley.”

“The best part of the night, though, was clearly the big crowd and the generosity it showed in donating to They Often Cry Outreach. We will be able to send a couple thousand dollars to TOCO, which I know they’ll put to great use.”

Valpo (2-5-1, 1-2-0) will be back in action on Sunday, Sept. 29 at 1 p.m. with a visit to Peoria, Ill. to take on Bradley. That match starts a stretch of four in a row away from Brown Field. Sunday’s game will be broadcast on ESPN3 with links to live video and stats available on ValpoAthletics.com.