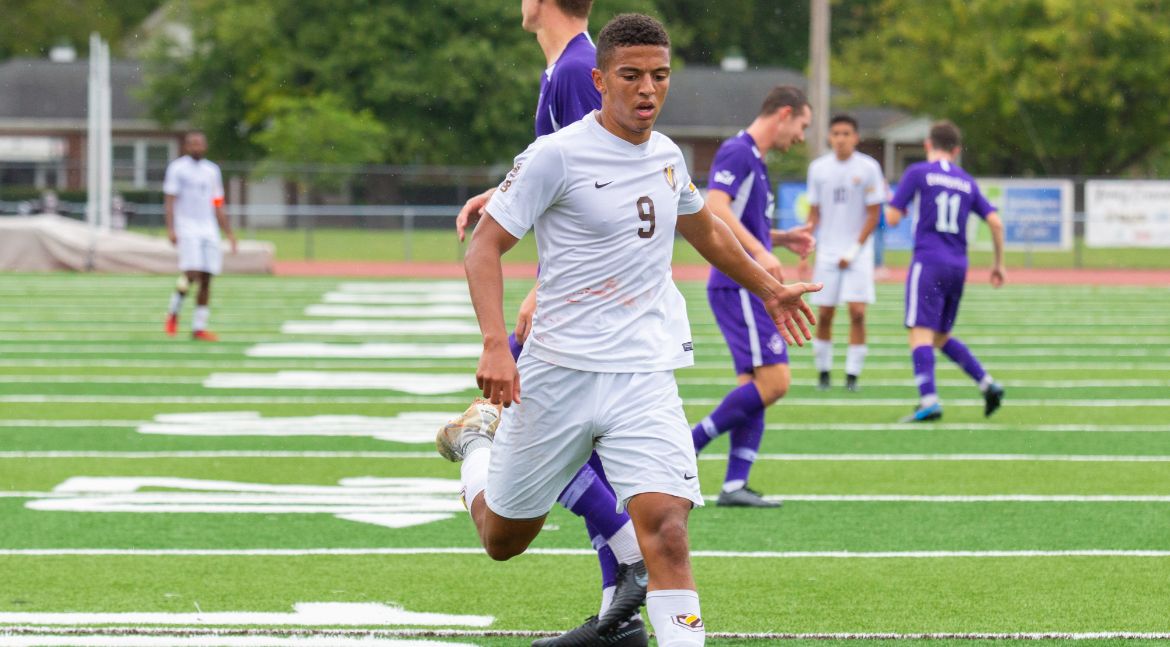 Ryan Madondo accounted for the Valpo goal on Tuesday.
Bradley at Valparaiso | October 01, 2019

The Valparaiso University men’s soccer team came within minutes of a weather-shortened victory on Sunday afternoon in Peoria and even closer to a draw during Tuesday’s makeup match at Brown Field, but visiting Bradley utilized a late golden goal to edge the hosts 2-1. Valpo led as late as the 65th minute in the fixture.

“Congrats to Bradley. It turned into a game that suited them, and they executed well. I thought we battled hard but didn’t quite have the legs. At their place we found spaces to build and possess, but tonight it just was a different game. There were a lot of aerial challenges, and we just weren’t composed enough to clear the lines.

“It’s been a really hard stretch over the last 30 days with travel and a heavy number of games. In a week where we thought we might get a break and an opportunity to recharge, we instead got some bad weather and had to play two games in 48 hours. It’s not unfair, it’s the same for both teams and it was the best option available, but it was a difficult set of circumstances for us. We will take a few days off and then get ready for SIUe on Saturday night. I love the fight we showed, but we need to add maturity and composure. I’m sure that will come.”

Valpo (2-6-1, 1-3-0) will step outside of league action to face off with SIU Edwardsville on Saturday night at 7 p.m. in Edwardsville, Ill. The match will be carried on ESPN+ with links to live video and stats available on VapoAthletics.com.