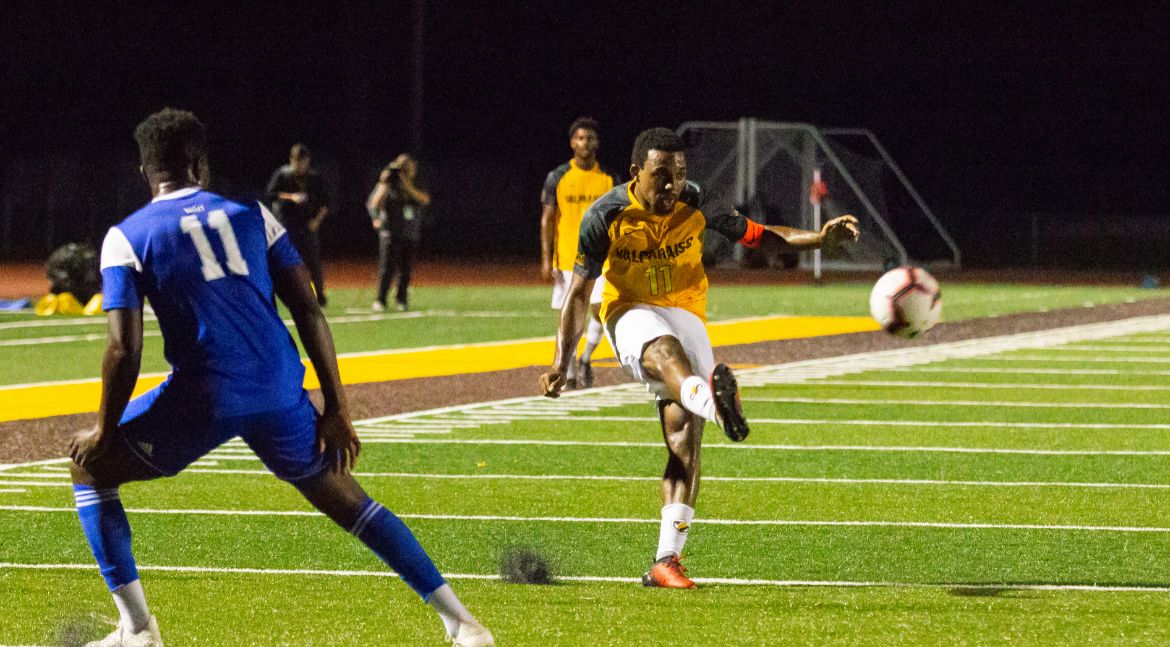 Demar Rose has played in all 14 matches for Valpo this season.
Valparaiso at Bradley | October 27, 2019

The Valparaiso University men’s soccer team rounded out a stretch of five straight matches away from home with a 1-0 setback to Bradley in Peoria, Ill. on Sunday. A goal by Walid Kherat in the 67th minute proved to be the difference in the match.

“It was a tough one for us today. We competed well but we were just a step off or a step behind in most things. We’ve been on the road for what feels like forever, and we’ve played 10 out of 14 games away from home, so it may be understandable that we are a bit road weary. However, it’s still disappointing because even not quite ourselves, we still had plenty of chances to win the game. Full credit to Bradley, though, they were a bit more proactive on the day and deserved the result they got.”

Valpo (3-10-1, 2-5-0 MVC) will take on the only team in the nation that has a perfect record on Wednesday afternoon as Missouri State (13-0-0) comes to Brown Field. Note the unusual start time with kickoff slated for noon on ESPN3.