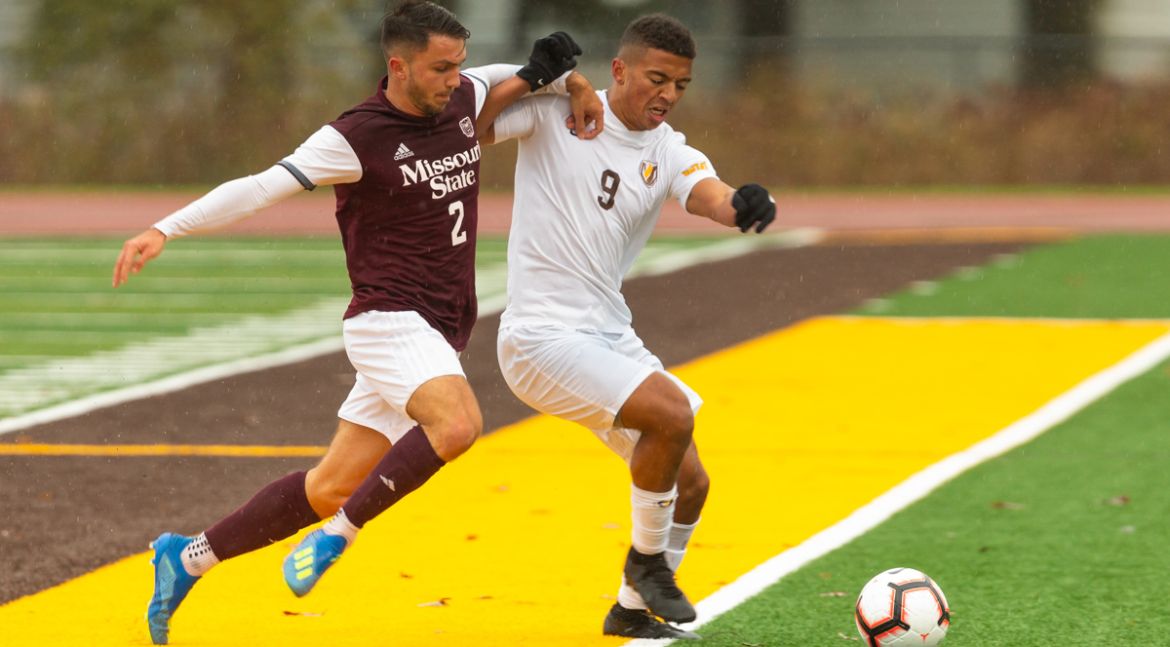 The Valparaiso University men’s soccer team came within five minutes of an unforgettable upset over No. 9 Missouri State at a rainy and wet Brown Field on Wednesday afternoon, but the Bears remained the only perfect team in the nation by scoring a late equalizer and eventually a golden goal to top Valpo 3-2 in overtime. The Brown & Gold led 2-0 as late as the 72nd minute.

“Congrats to Missouri State. They are having a special season and they showed some real resolve today to come back from two goals down in the final 15 minutes of the game. Great teams can do that and seeing it up close is a great lesson for us.”

“It will likely take some time for the boys to dig the positives out of this one because it's a result that stings quite a bit given the way the game played out, but we will find plenty once we settle down and look for them. We played one of the best teams in the nation - the only team unbeaten and untied - and we gave them a real fight. I was very proud of the way we competed.”

“We've got a team that is young with a lot of new pieces, and we are lacking in big-game experience, so these kinds of challenges are an important part of the learning curve. We are closing the gap, though – that was pretty clear from the game today.”