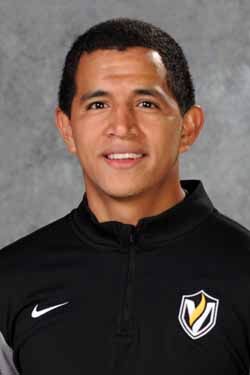 2013: Saw action in 13 matches as a junior, starting 11 times ... played all 90 minutes in each of the Crusaders' final four games of the season ... named a Second Team All-League honoree by College Sports Madness ... tallied a goal at Kentucky Oct. 6 with his lone shot on goal of the season ... totaled 16 shot attempts for the year.

2012: Played in all 20 matches for Valpo making 19 starts in his sophomore campaign...had two helpers in Valpo's 6-1 win over St. Joseph's on Aug. 27th...scored the match-winner in the Crusaders' 2-1 victory over Northern Illinois on Oct. 17th...found the back of the net for an insurance goal the following tilt at Detroit (Oct. 21)...finished the season with 42 shot attempts.

2011: Played in all 20 fixtures for the Crusaders in his rookie season ... earned eight starting assignments ... named to the Horizon League All-Newcomer Team ... scored first career goal Sept. 16 against IUPUI, the match-winner in a 1-0 victory ... totaled 20 shots on the season, 10 of which were on goal ... put two shots on frame apiece against IUPUI and at Western Illinois (Oct. 2).

Prep: A four-year lettwinner ... played his final two seasons at Louisville Collegiate School ... runner-up for high school soccer Mr. Kentucky as a senior, also earning First Team All-State accolades ... named All-District Player of the Year, earned a spot on the All-Region Team and was All-Class A MVP in addition to being Team MVP in 2010 as well ... also an All-District and Second Team All-State selection as a junior in 2009 ... named to Collegiate Soccer Honorable Mention All-Decade Team, one of just two defenders so honored ... previously played for Fern Creek H.S., where he was named All-District MVP and an All-Region honoree, as well as serving as team captain ... selected to Notre Dame summer camp All-Star team prior to senior year ... a member of the Kentucky ODP ... twice selected to the Region II roster, comprised of players from 14 states ... played for Region II team at the Argentina Invitational in 2008 ... played club soccer for Mockingbird Valley S.C.

Personal: Eric is the son of Florencio Nieto and Carmen Hernandez ... undecided upon major ... born February 18, 1993.