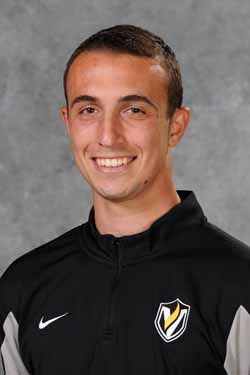 Prep:  Set school record in 2010 scoring 16 goals while leading the Bears to a Big 8 League Championship ... opted out of prep soccer after his freshman campaign to join the Strikers FC of the USSF Development Academy ... selected to play in the 30th Annual Northern Ireland Milk Cup (2012); one of the top youth tournaments in the world.

Prep:  Mo is the son of Sherry and Abe Harb ... major is pre-dental.