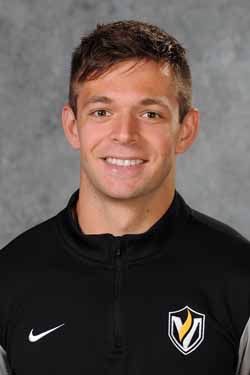 2013: Appeared in 13 matches for Valpo as a junior, starting four times ... played a total of 454 minutes on the season ... registered a pair of shot attempts ... member of the Horizon League Academic Honor Roll.

2012:  Spent season playing for the Crusader reserve squad ... played for the Downers Grove Roadrunners during the summer of 2013 ... helped team to capture the u23 league championship.

2011:  Spent season playing for the Crusader reserve squad ... played for the Chicago Sockers and the Downers Grove Roadrunners during the summer of 2012.

Prep:  A five-year letterwinner for the Panthers ... enjoyed standout senior season, setting school records with 39 goals and 26 assists ... a First Team All-State, First Team All-Conference and Pioneer Press All-Metro sleection ... named team Offensive MVP and was honored with the Panther Award, for the school's top student-athlete ... named team Rookie of the Year in 2006 and Offensive MVP in 2009 as well, also earning All-Conference accolades as a junior ... set school career records in both goals and assists ... also earned one letter apiece in baseball, basketball and track and field ... earned team Rookie of the Year recognition on the baseball diamond and was honored with basketball's Hustle Award ... member of the Minnesota Thunder USSF Developmental Academy.