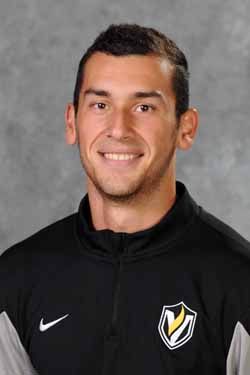 2012: Appeared in one game for the Crusaders in his rookie season...made his collegiate debut at UIC on Sept. 29th.

Prep: A two-year letterwinner for the Bears ... helped squad to regional title in 2012 ... also competed in track and field.

Personal: Jorge is the son of Jorge Bermudez and Carlina Rodriguez ... major is international business.