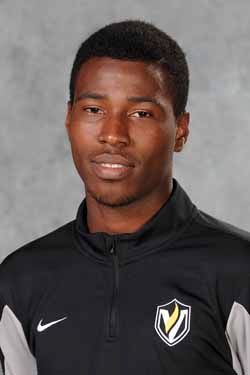 2016: Scored three goals and dished out two assists in 14 matches for the Crusaders. Totaled 33 shots, 14 of which were placed on goal. Ranked third on the team in goals, points and shots on goal... Is the only returning player who scored more than one goal last season... Two of his three goals were game-winning goals, one of three Crusaders with multiple game winners in 2016... Scored his first goal of the season in the 87th minute on Aug. 27 at Loyola, tying the match at two. The Ramblers eventually prevailed 3-2 in overtime.... Scored a match winner in the 66th minute of a 2-1 victory over Belmont on Sept. 17 at E.S. Rose Park in Nashville... Notched his third goal of the season in the 22nd minute of a 2-0 win at Fort Wayne on Oct. 18, a match-winning goal.

Summer of 2016: Played PDL for the Des Moines Menace ... made seven appearances during the regular season, playing 472 minutes ... helped lead the Menace to a 10-2-2 record and the Heartland Division championship.

2015: Was one of four Crusaders to start all 18 matches during the 2015 season, anchoring the midfield ... played total of 1,526 minutes ... scored match-winning goal - the first game-winner of his career - in regular season finale against Green Bay Nov. 6 ... also tallied an assist in the win over the Phoenix ... registered assist on match-winner in Horizon League play at Milwaukee on Oct. 3 ... finished season with 42 shot attempts, eight of which were on frame.

2014: Appeared in all 19 matches for the Crusaders as a freshman in the midfield, starting 18 times ... named to the Horizon League All-Freshman Team ... played a total of 1,753 minutes on the season, the most of any Valpo player ... went the distance on nine occasions ... tallied two goals and one assist in his rookie campaign ... scored first career goal Sept. 29 in draw against Dayton ... scored as well Oct. 25 in Horizon League play in tie with Milwaukee ... picked up first career assist Nov. 7 against Oakland ... totaled 34 shots on the year, including 11 on goal ... recorded a season-high seven shot attempts Oct. 29 against IPFW ... called in to the Jamaica u23 setup for Olympic Games qualifying.

Prep: Helped lead Jamaica College to 2013 Manning Cup and Oliver Shield titles ... has seen time with the Jamaican youth national system u17 and u23 squads.