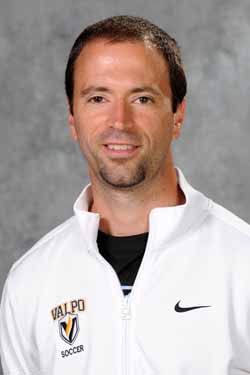 Assistant coach Adam Ponder is in his third season as a member of the Crusader coaching staff in 2016. Through Ponder's first two seasons on the Crusader staff, Valpo has won 15 matches, including a trio of victories over sides ranked in the top-25.

Ponder joined the Crusader coaching staff after spending a season as a volunteer assistant at Mount Union.  Currently also a member of the coaching staff at Indiana Elite FC, Ponder spent time with Canton United SC and United Elite, Knoxville FC and Bloomington Cutters SC.  He played collegiately for one season at High Point.