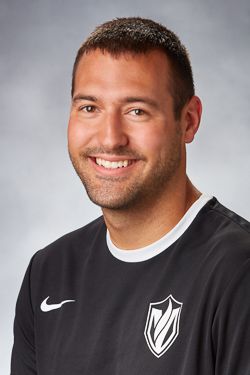 Mike Enghofer was in his first season on Valpo's staff in 2019. He trained Valpo's goalkeepers.

Enghofer spent the spring of 2019 serving as the top assistant at Indiana University Northwest, where he helped train and recruit as the program prepared for its inaugural season of competition. He received his degree in mathematics teaching in 2015 from Purdue Fort Wayne, where he enjoyed a decorated playing career for the Mastodons. During his time in Fort Wayne, Enghofer was a regular starter and helped lead the team to three Summit League Tournament appearances. He appeared in 66 games and made 54 starts during his career and earned a spot on the Summit League All-Tournament Team in 2014.