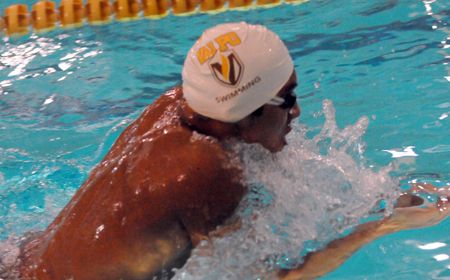 Guillermo Aguillar (San Salvador, El Salvador/Colegio Internacional de San Salvador H.S.) finished second in the 100 butterfly with a time of 55.63 seconds while Trevor Trimpe’s (New Palestine, Ind./Connersville H.S.) time of 5:00.01 in the 500 free was also second best on the day.

The Crusaders closed the day with a win in the 400 freestyle relay as well, edging Western Illinois.  The team of Alex Cox (Tinley Park, Ill./Lincoln-Way North H.S.), Sivak, Wegehaupt, and Russell Deghi (Sebestopol, Calif./Analy H.S.) finished with a time of 3:23.59.

Valparaiso (1-12) will have two and a half weeks off before heading to Cleveland, Ohio for the 2011 Horizon League Championships which run Feb. 23-26.