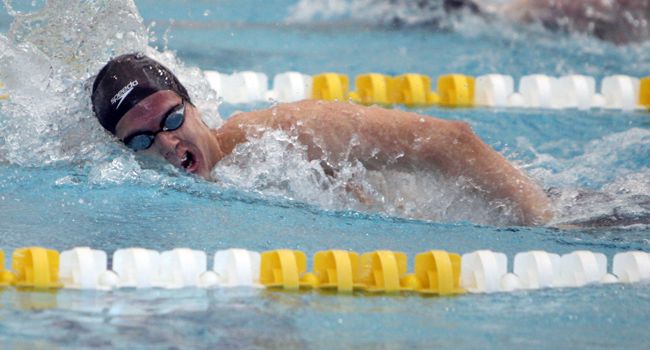 Gonzalo Castro Diaz (Mexico City, Mexico) continued an impressive freshman season as he finished first in the 1000 freestyle with a time of 10:04.56, shedding more than a minute from teammate Cody Jones' time of 11:09.36, the previous season-best mark.

Fellow freshman Frederick Jenny (New Albany, Ohio/New Albany) took first in the 200 individual medley touching the wall at 2:01.06, more than three seconds faster than his time last month versus Lewis.  For an encore, Jenny delivered another top time just a little later in the 100 breaststroke at 59.88.

The Valparaiso Crusaders will enjoy the holiday break and return to the water Friday, January 11th when the UIC Flames come to the ARC for a dual meet.