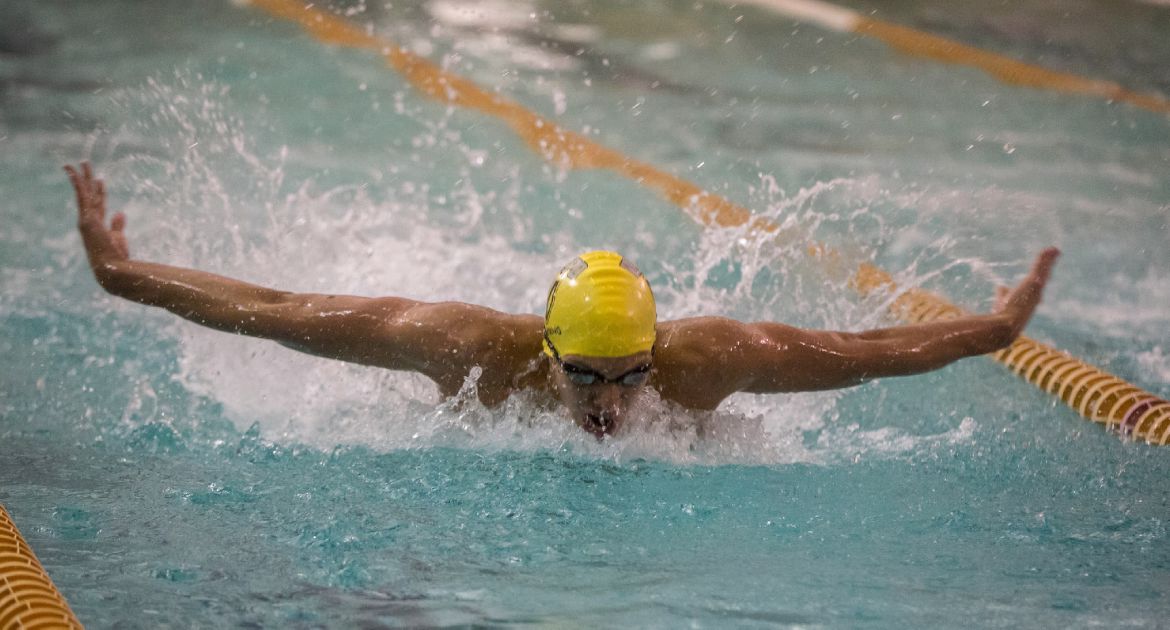 The Valparaiso swimming and diving teams continued to see more records fall today at the Venema Aquatic Center in day two action at the Calvin Winter Invitational in Grand Rapids, Mich. The men moved up one spot to fifth with 220 points, while the women slid three spots to sixth with 180 points.

The duo of Castro Diaz and Segatto found themselves swimming into the record books again as individuals. Castro Diaz set the program standard in the 200 yard butterfly as he touched the wall in 1:52.70 in the “A” finals to claim third. He had lowered his personal best in the event to 1:54.32 earlier in the prelims. Segatto also tied her personal best and school record in the prelims with her 2:07.64. In the finals, she placed fifth in the “A” final, touching the wall in 2:07.79.

The other members of the medley relay teams had impressive days as well. Jenny would break his school record in the 100 yard breaststroke prelims by .28 with his 56.92. The junior would claim fifth place in the “A” finals with a 57.05.

Penn set the fastest time in Crusader history in the 100 yard backstroke with his 50.98 in the prelims, and finished second in the “A” finals with a 51.38. Braun would finish seventh in the 50 yard freestyle “A” finals in 21.36, lowering his personal best and fourth fastest Valpo time by .13.

Cannon lowered her personal best and fourth fastest Crusader time (1:08.41) in the 100 yard breaststroke prelims by nearly two seconds, finishing in 1:06.59 and moving up to the third fastest time in Valpo history. She would finish fifth in the “A” finals, touching the wall in 1:07.15. McBride would set the ninth fastest time in Valpo history in the women’s 50 yard freestyle, touching the wall in 24.88 in the “B” finals.

Valpo wraps up action at the Calvin Winter Invitational on Saturday. Action starts at 9:00 am CT in the morning with prelims and the 400 yard freestyle relays. The evening session begins at 5:00 pm CT with the 200 yard medley relays and concluding with finals. Live results will be available through ValpoAthletics.com.