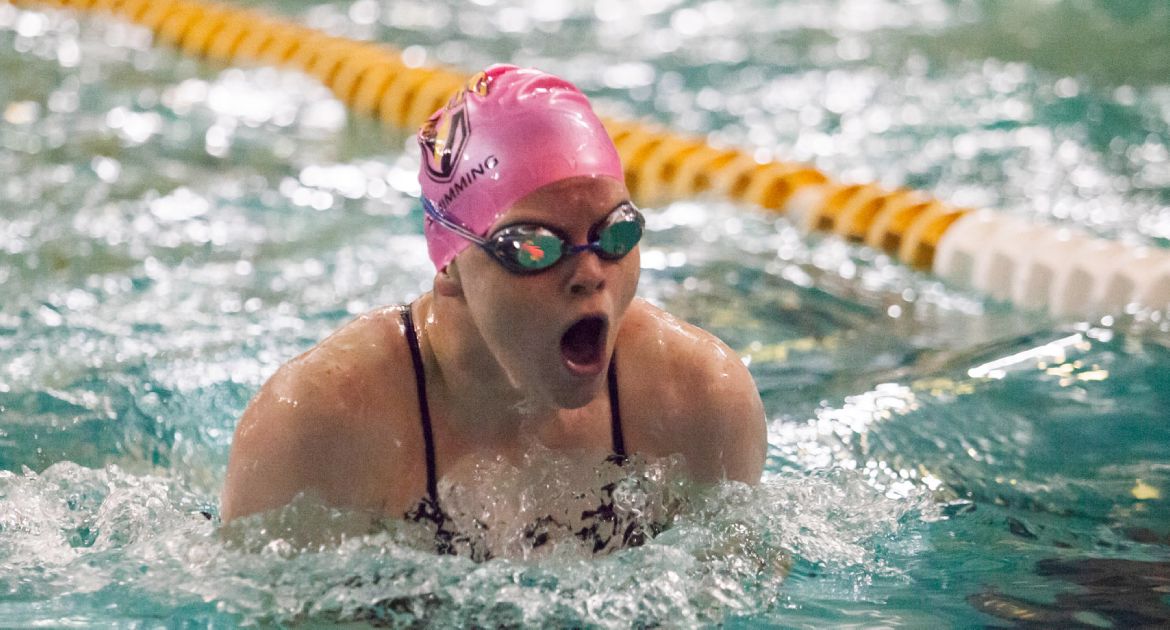 The Crusaders set four records on the final day of competition at the Calvin Invitational.
Related Links

Max Penn (Columbus, Ohio/St. Charles Prep) set the school record in the 200 yard backstroke “B” finals, touching the wall in 1:53.56. In the “A” finals, Matt King (Clinton, Ill./Clinton) finished in sixth place in 1:54.62, good for second best all time. The senior improved his personal best by over a second – which was the second fastest time at Valpo – and besting the previous record by .29.

Makenna Cannon (Delafield, Wis./Kettle Moraine) set the school record in the women’s 200 yard breaststroke, finishing in 2:22.68 during the prelims, almost three seconds faster than the previous record. In the “A” finals she finished in sixth just .02 behind Emily Trimpe (New Palestine, Ind./New Palestine). Trimpe touched the wall in 53.65 in the women’s 100 yard freestyle “B” finals, good for sixth-best all-time at Valpo.

Dani Gomez Barrientos (Mexico City, Mexico/Grandview Prep [Fla.]) set the fastest Crusader time all-time in the 200 yard IM with a 2:08.85 in the “A” finals. She also moved up to the third spot in the Valpo record books, touching the wall in 5:07.04 in the women’s 500 freestyle “A” finals as she finished third. She improved her personal best by over two seconds from earlier in the season.

The men’s relay team of Penn, Jenny, Castro Diaz and Braun set the second fastest time in school history as they touched the wall in 1:34.62 and finished in fourth place.

Segatto would finish just behind Gomez Barrientos in the 500 yard freestyle in fourth place with a time of 5:08.10.

This marks the last event for Valpo before the new year. The Crusaders return to the pool on Saturday, Jan. 10 when they host Rose-Hulman at the ARC pool. Start time is set for 1:00 pm CT.