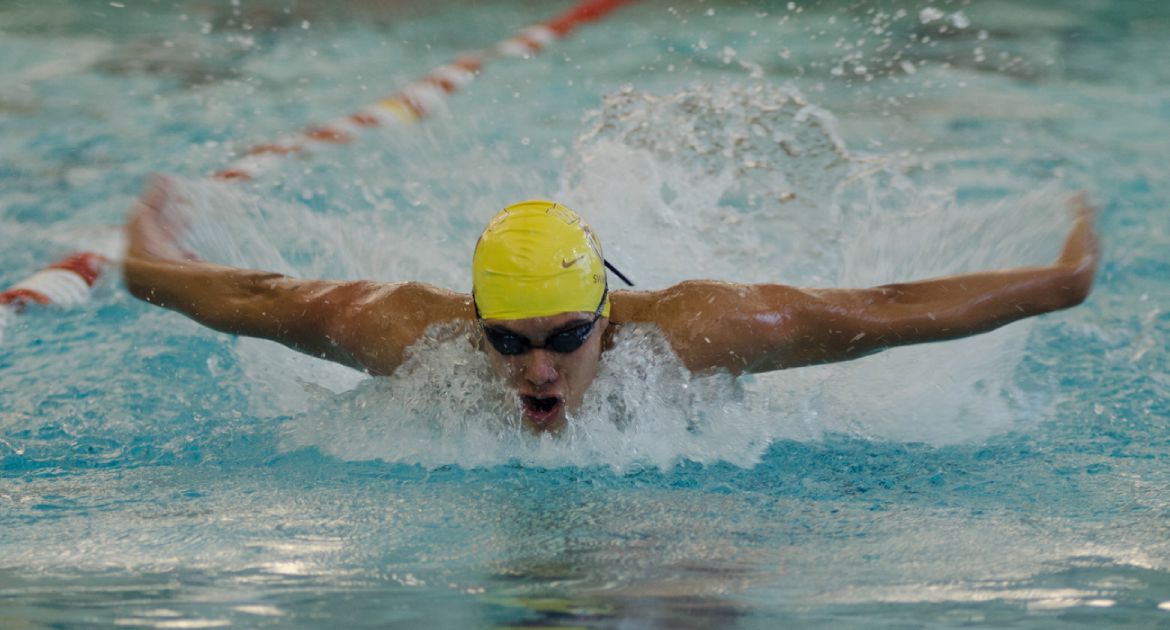 The men set a trio of new school records in individual events at Calvin. Gonzalo Castro Diaz (Mexico City, Mexico/Instituto Oxford) placed fourth in the 200 butterfly with a time of 1:52.36, lowering his own record by .08 seconds, while Fred Jenny (New Albany, Ohio/New Albany) also narrowly edged out his own school record, besting his own mark by .03 seconds with a time of 56.49 in the 100 breaststroke, good for 10th place. The third record came courtesy of Max Penn (Columbus, Ohio/St. Charles Prep), who broke the school record with a time of 50.95 in the 100 backstroke prelims and eventually tied for fourth in the event final.

Castro Diaz posted two other top-10 finishes in addition to his record-breaking effort in the 200 butterfly, placing sixth in the 200 IM and ninth in the 100 butterfly – finishing just one-tenth of a second off his own school record in the latter event. Tim Mitchell (Lakeville, Minn./North) moved into a tie for third place in Valpo history in the 100 backstroke with a time of 52.69, finishing in 10th place at Calvin, while Jenny moved into fourth place in the 100 free with a prelim time of 46.90 before finishing eighth in the event final.

A pair of fourth-place relay finishes highlighted the Crusaders’ relay efforts. In the 400 medley relay, Penn, Jenny, Castro Diaz and Colten Lawson (West Bend, Wis./West Bend East) posted the second-best time in school history with a 3:25.95 finish, while the 400 free relay team of Castro Diaz, Jenny, Lawson and Mitchell swam the school’s fourth-best time ever, finishing in 3:08.33. In the 200 medley relay, the team of Penn, Jenny, Castro Diaz and Lawson finished with a time of 1:34.76, placing eighth in the event and fourth-best all-time in Valpo history.

On the women’s side, junior Emily Trimpe (New Palestine, Ind./New Palestine) earned a pair of individual top-10 finishes. Trimpe placed seventh overall in the 200 breaststroke with a time of 2:26.90, while also finishing in 10th position in the 100 butterfly, touching the wall in 1:07.04 – improving upon her fifth-best time in Crusader history. Rachel Law (Wayne, Pa./Villa Maria Academy) earned a 10th place finish in the 400 IM with a time of 4:46.24, moving into sixth place all-time at Valpo.

The Valparaiso swim teams will take a break from action until mid-January, when they kick off their 2016 schedule at Green Bay on January 15.