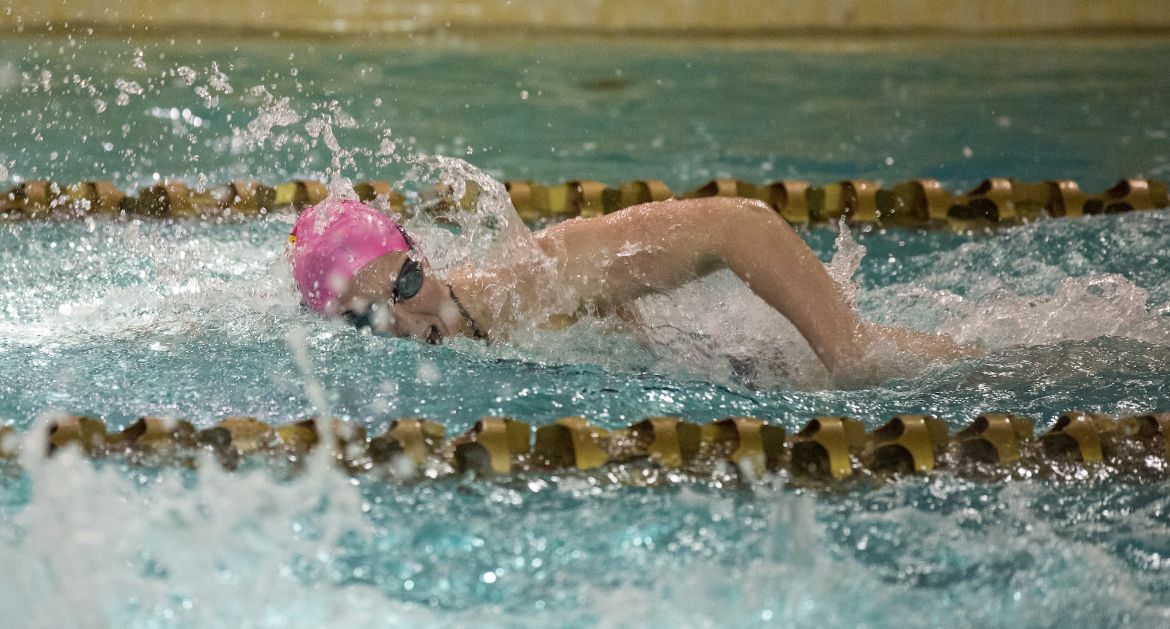 Amanda Jenny swam in the final meet of her career Saturday.

The Valparaiso University swimming teams wrapped up their season Saturday at their respective conference championships. The men put three athletes in A-finals of the Summit League Championships in Sioux Falls, S.D., while the women had two swimmers in C-finals of the Missouri Valley Conference Championships in Iowa City, Iowa. Junior Dylan Kirar (Arvada, Colo./Ralston Valley) led the way with a fourth-place finish in the grueling mile event for the men. On the women’s side, sophomore Tara Lawson (Mundelein, Ill./Mundelein) secured the second-best time in Valpo history in the 200-back.

This concludes the season for Valpo swimming. As the team looks forward to next season, first-year head coach Miriam McGeath will return 26 total swimmers – 13 on each side – for 2018-19. The Crusaders graduate just two women and three men from this season.