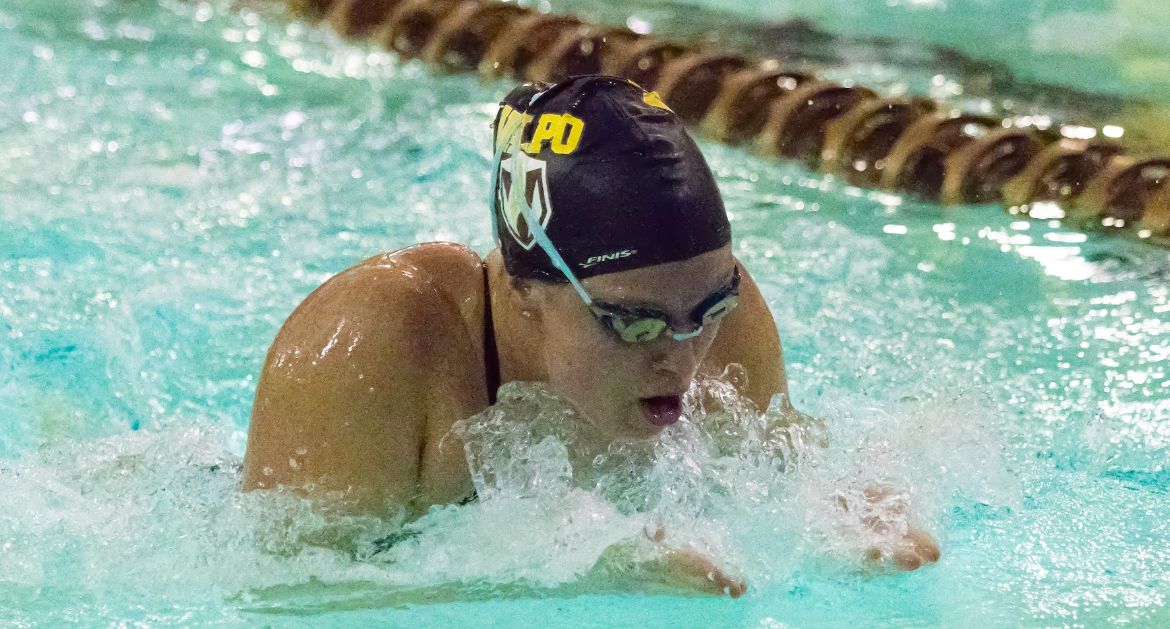 Mikayla DePover won the 100 breaststroke with a time that approached the school record Saturday.

The Valpo men’s and women’s swimming teams finished up the second day of the Phoenix Fall Classic at the University of Chicago on Saturday, a day which featured a multitude of swimmers moving up the program’s all-time charts in their respective events. The day was highlighted by freshman Mikayla DePover (Rock Island, Ill./Rock Island) taking first place in the 100 breaststroke.

The final slate of events for the 2019 Phoenix Fall Classic will occur on Sunday, beginning with prelims at 10 a.m, followed by final events at 6 p.m.