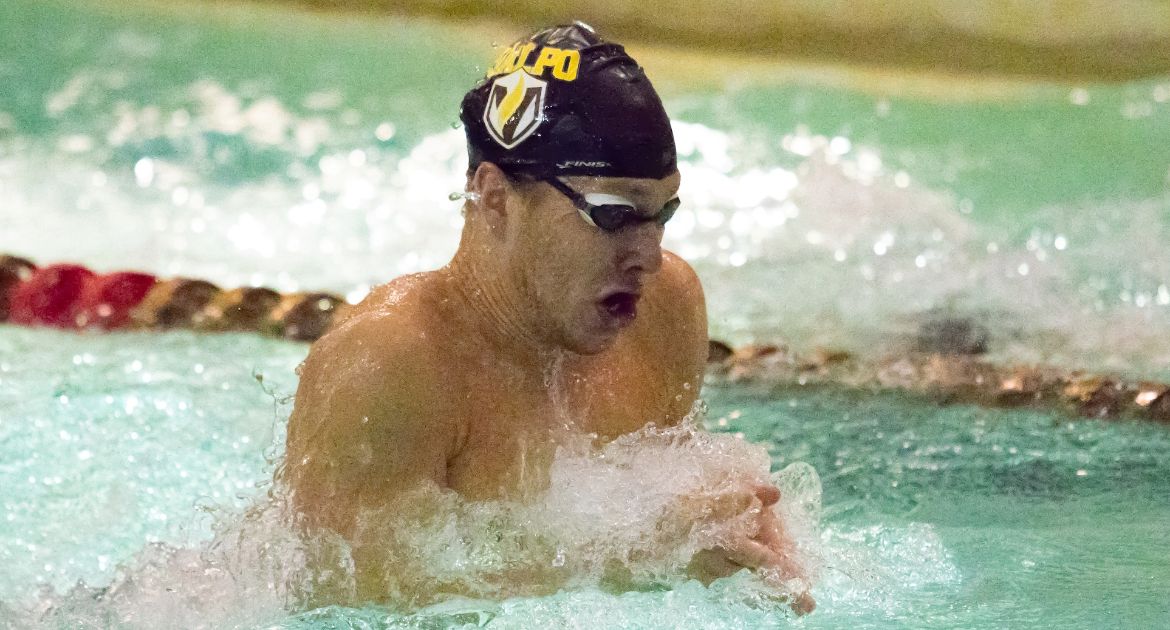 Gus Rytting posted the seventh-best time in program history in the 200 IM Thursday.

Each event on Thursday featured at least one time among the best in program history in their respective events, including multiple times among the top-five all-time, as the Valpo men’s swimming team continued competition at the Summit League Championships in Sioux Falls, S.D.

The Summit League Championships continue Friday, Feb. 21 with the third day of competition. Prelims start at 10 a.m., with event finals at 5 p.m.