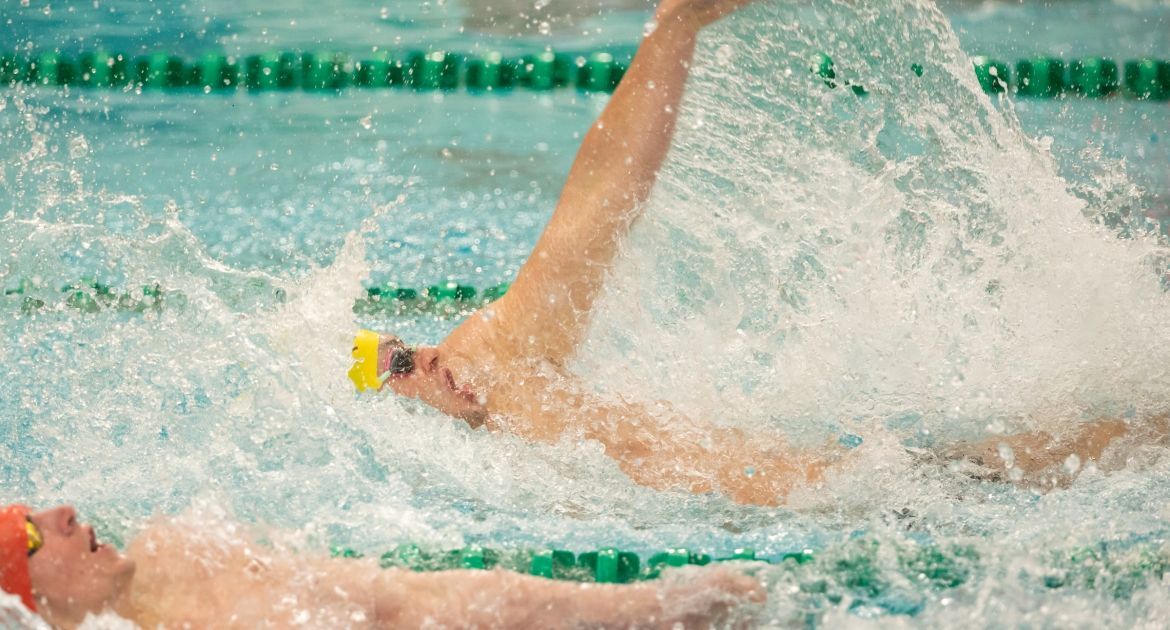 Dominic May won the 100 free Saturday and was also the anchor leg on a second-place relay.

The Valpo men’s and women’s swimming teams traveled to Indiana State Saturday to compete against the Sycamores and Evansville in their first meet since January 15. Valpo was led by junior Dominic May (Naperville, Ill./Naperville Central), who collected an individual win in the 100 free.

The Valpo women will travel to Illinois State next Saturday, with the meet slated to start at 1 p.m. The men’s next meet will be Feb. 27, when Valpo hosts its senior meet against Eastern Illinois.