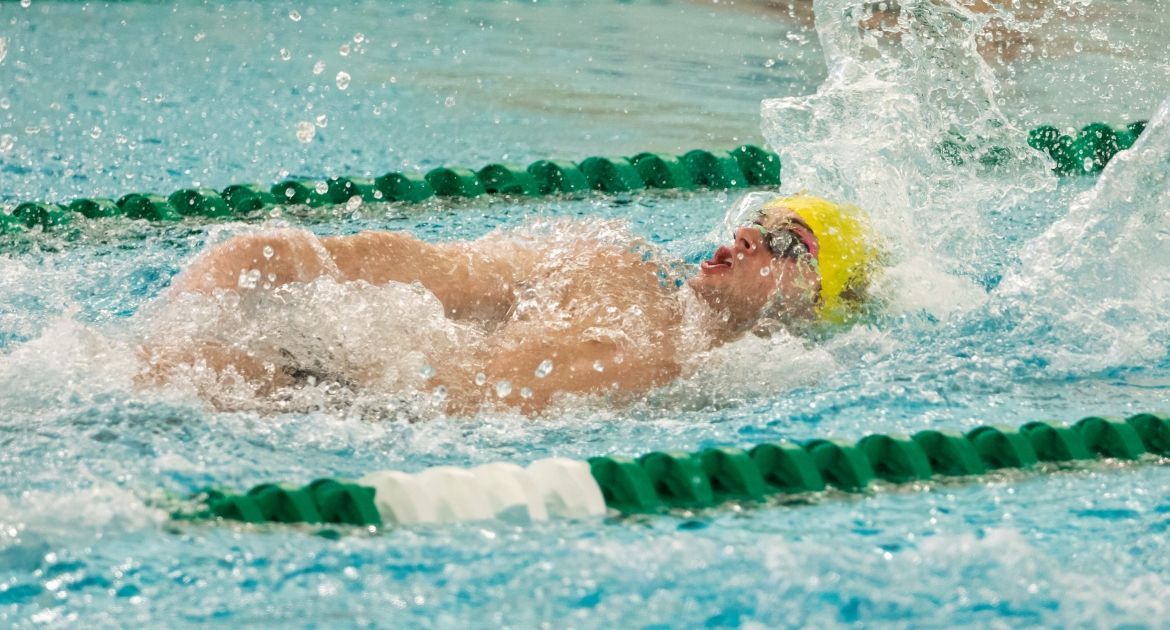 Dominic May set an individual program record in the 50 free and was part of two record-setting relays Thursday.

The Valpo men’s swimming team kicked off day one of the Summit League Championships in Sioux Falls, S.D. on Thursday with three program-record swims. It started with a school-record swim in the 50-free preliminary round by junior Dominic May (Naperville, Ill./Naperville Central), while the night session featured a pair of new program records in relay events.

The Summit League Championships continue on Friday, April 16 with the second day of competition. Prelims start at 10 a.m., with event finals at 5 p.m.