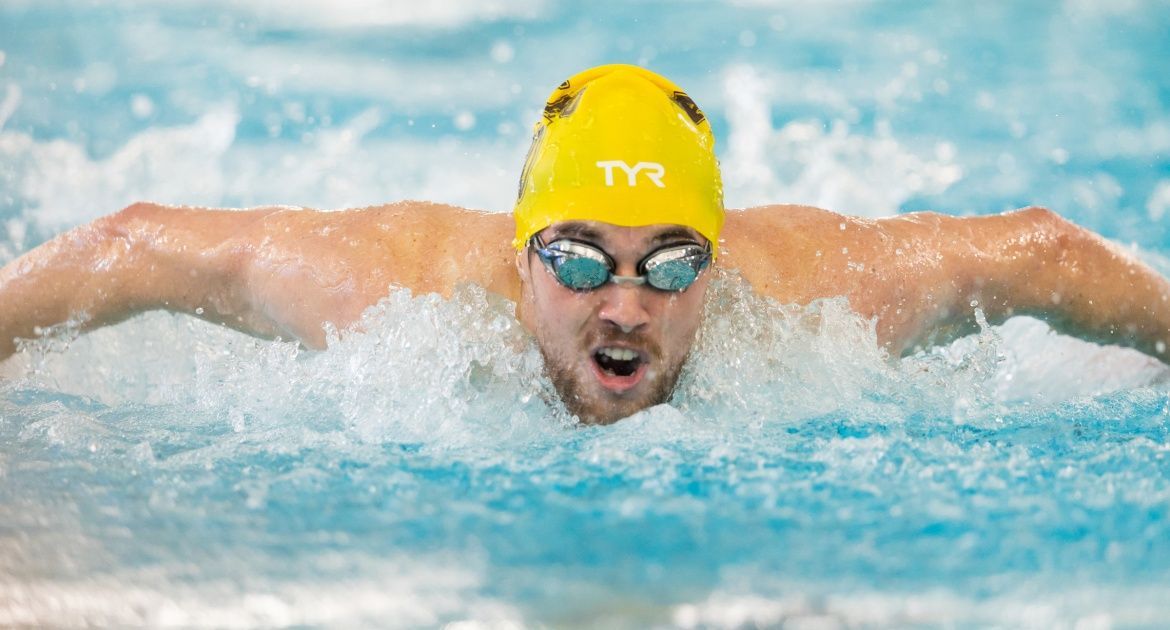 Derek Eidson was a part of both record-setting relays Wednesday.

It was a tremendous start Wednesday as the Valpo men’s swimming team competed for the first time at the MAC Championships in Carbondale, Ill., as both relay events set school records in the evening session. Earlier in the day, senior Dominic May (Naperville, Ill./Naperville Central) got things going with a program record in the 100 IM in time trial action.

Valpo will continue the four-day MAC Championships on Thursday. Prelim swims are slated for 10:30 a.m., with finals swims starting at 6:30 p.m.