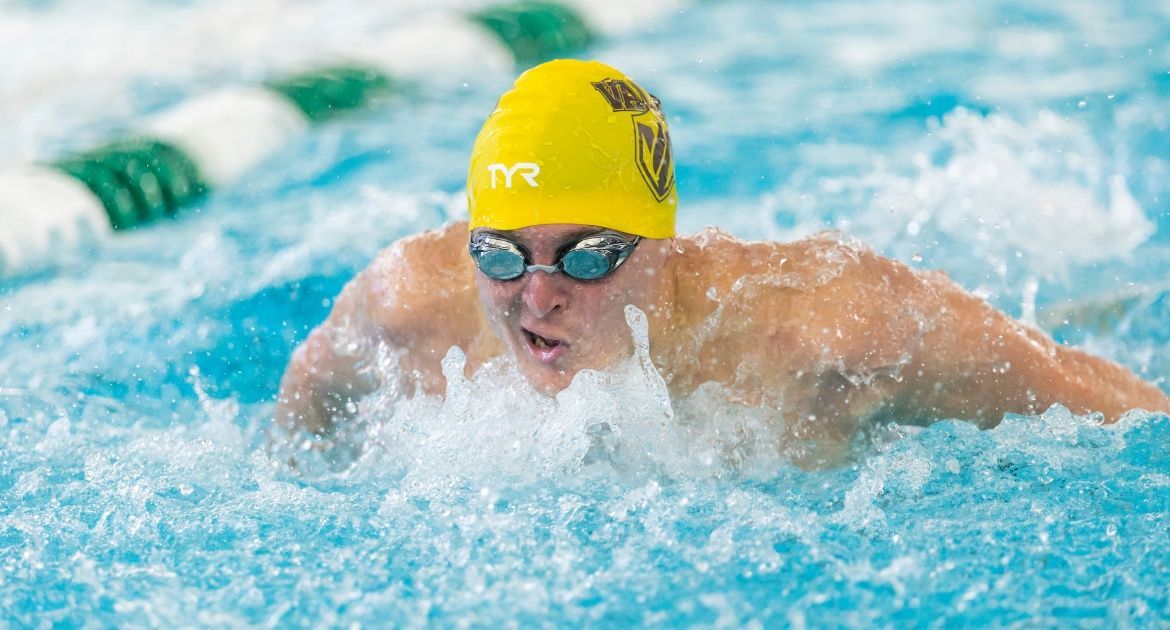 Ethan Welker improved his fifth-fastest time in program history in the 200 fly Saturday.

The Valpo men’s swimming team brought its season to a conclusion on Saturday with the end of a prolific run at the MAC Championships, which saw eight new program records set over the four-day meet.