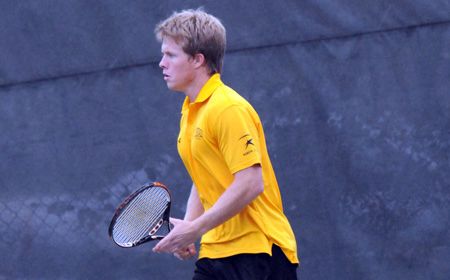 Valparaiso played a hard-fought match against Connecticut out of the Big East on Monday evening, but fell 7-0 to the Huskies in Orlando, Fla.

The Crusaders forced four singles matches into three sets and won one doubles contest, but could not get on the scoreboard.

“UConn is a solid team,” head coach Jim Daugherty said. “I’m really proud with how we played, going to three sets in a lot of matches being that this was our second match of the day (defeated Boston University 5-2 in the morning).”

“There were opportunities in doubles to win the point,” Daugherty said.  “We’re right at the threshold of winning some matches, but we can’t quite get over it.”

Valparaiso (2-6) will return to the courts in Orlando on Tuesday to face Fairfield.  First serve is set for 2 p.m. CST.