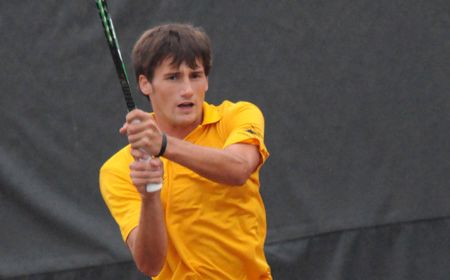 Valparaiso had to move indoors due to rain on Saturday afternoon, and the men’s tennis team suffered a 7-0 setback against Cleveland State at the South Bend Tennis Club in Mishawaka, Ind.

“We played one of the best Cleveland State teams they have ever had,” head coach Jim Daugherty said.  “We came out with a lot of energy and confidence and played well from the beginning.”

"If we can continue to come out and play like we did today, we will continue to improve," Daugherty concluded.

Valparaiso (3-11, 1-3) will continue its current homestand on Friday afternoon, hosting UIC at the Valpo Tennis Complex.  First serve is set for 3 p.m.