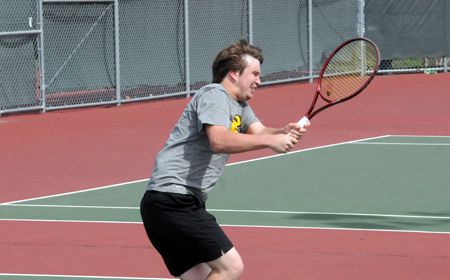 Tom Litscher closed his career with wins in both singles and doubles. (Ray Acevedo)
Related Links

“It’s nice to get a win to finish the year on a positive note,” head coach Jim Daugherty said.

Valparaiso closes its year 5-13 overall and was 2-5 in the Horizon League.