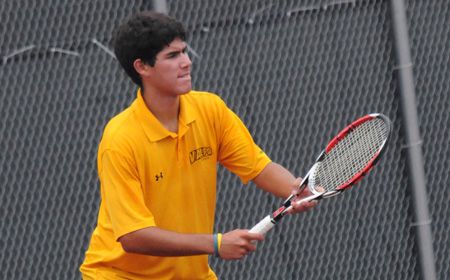 Playing in the round of 64 of the qualifying singles draw, the Crusaders were unable to pull off a set on the way to the end of the singles campaign for this fall.

“We did not play well today at all,” head coach Jim Daugherty said.  “I think we did all we could leading up to the tournament to prepare ourselves, however I think the nerves got to us.”

The Crusaders will return to the courts on Friday for doubles action in the main draw.  Gaspar and Baum will face the number 10 seed from Notre Dame while DeHerrera and Kyle Stump (Plymouth, Ind./Plymouth H.S.) will battle a duo from Michigan State.