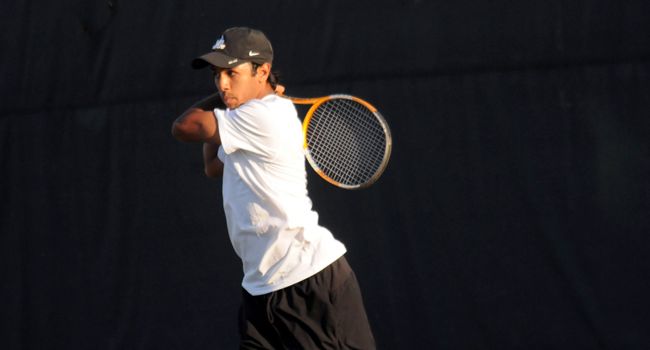 Siddarth Mehta (South Bend, Ind./Clay H.S.) notched a victory at sixth singles, but that was Valparaiso’s only point on Friday afternoon as the Crusaders fell 6-1 to Western Michigan at the West Hills Athletic Club in Kalamazoo, Mich.

Mehta won the opening set before dropping set two, but rebounded triumphantly in the match tie-break to defeat Marc Shideler 7-6 (4), 4-6, 10-7.

“Give Siddarth a lot of credit today,” head coach Jim Daugherty said after the match.  “He kept his chin up the whole way and fought to pick up the victory.”

The Broncos also swept all three doubles contests.  Nadin Indre and VanderPloeg topped Baum and Whitmer 8-3 at the top while Woodson and Mehta dropped an 8-4 decision at third doubles against Shideler and Montasser.  Honert and DeHerrera played a tough match against Olivarez and Wong at number two doubles, leading a good bit of the way, before falling 8-6.

“Overall we played well, especially for this point in the season,” Daugherty added.  “We still haven’t hit our peak by I like where we are at heading to Florida.”

Valparaiso (2-4) will take a couple of weeks off before heading to Kissimmee, Fla. for their annual spring trip.  The Crusaders will return to action on March 10 against Siena.