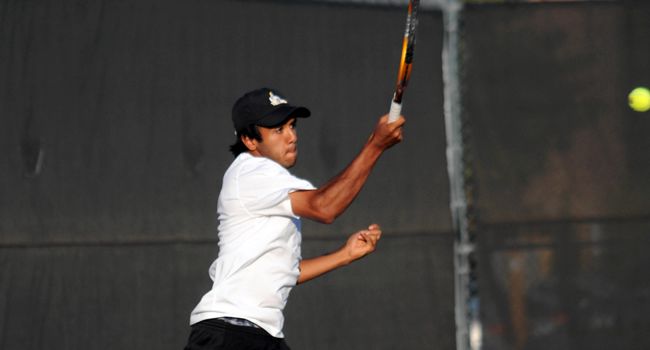 Valparaiso continued its four-match road trip on Sunday morning dropping a 7-0 match to the University of Wisconsin-Green Bay at the Western Racquet and Fitness Club in Green Bay, Wis.

The Phoenix added victories in all six singles matches in straight sets.  Swanson was a 6-4, 6-2 winner over Baum at number one while Tenzer defeated Honert 6-1, 6-1 at the second spot.  Finkenbrink added a 6-0, 6-0 victory over DeHerrera at three while Goepper topped Whitmer 6-2, 6-1 at fourth singles.  Cox downed Siddarth Mehta (South Bend, Ind./Clay H.S.) 6-1, 6-1 at five while Gary Notkin rounded out the lineup with a 6-4, 6-3 win over Woodson.

“Obviously this one not one of our better matches,” head coach Jim Daugherty said afterwards.  “That being said, we really didn’t play that bad.  The talent level of the players at Green Bay right now is incredible.”

Valparaiso (6-9, 0-3) will step out of conference action on Tuesday afternoon to travel to Fort Wayne, Ind. to face IPFW.  First serve is slated for 2 p.m. CDT.