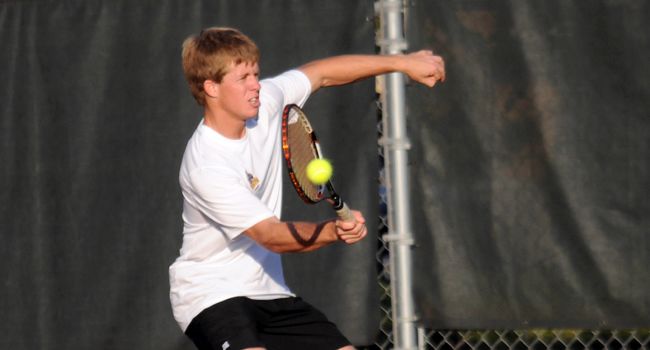 Honert was a 7-6 (4), 6-3 victor over Daniel Kang at number two singles for the Crusaders while Whitmer posted a 6-4, 6-3 triumph over Conner Andrews at fourth singles.

Honert and DeHerrera teamed for an 8-7 tie-break victory at second doubles against Freitas and Kang for Valpo’s lone doubles triumph.  Cabrini and Andrews downed Baum and Whitmer 8-1 at the top spot while Cobos and Junya Saruta were 8-3 winners over Woodson and Evan Hart (Raleigh, N.C./Ravenscroft H.S.) at third doubles.

Valparaiso (6-10) will return to action on Friday evening, battling Detroit.  First serve is set for 6 p.m. CDT in the Motor City.