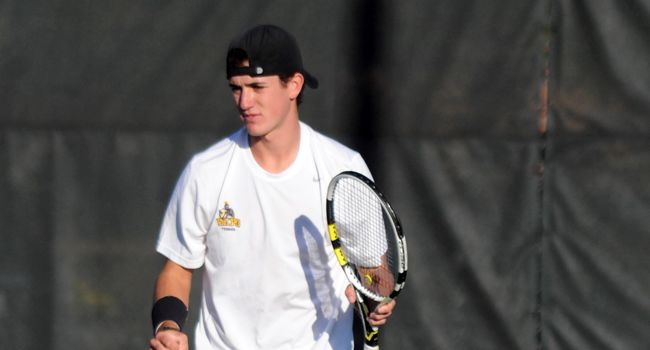 Honert downed Jan-Willem Feilzer of DePaul in straight sets, 6-3, 6-3 before falling to Iowa’s Dominic Patrick by a 7-5, 6-4 score.  Meanwhile, Savaglio defeated IPFW’s Jonathan Raa 6-1, 6-2 prior to a 6-3, 6-3 defeat against Western Michigan’s Andrew Cahn.  Both Honert and Savaglio were competing in the consolation bracket of Flight A singles.

The Crusaders also had four doubles teams compete on Saturday.  Savaglio and Baiocchi dropped a narrow 8-6 decision to Francisco Stuardo and Grant Adams of Toledo, while Honert and Oakes forced an extra game before falling 9-7 to Arthur Dobradin and Evan Hawkins of the host Boilermakers.  Etman and Hickey lost 8-0 to IPFW’s Saltys and Alfonso Costas,, and Waak and Hart suffered an 8-4 defeat against Joel Modesitt and Jacob Hedderig of IUPUI.

Valparaiso returns to action next weekend as it hosts the Valparaiso Invitational at the Valpo Tennis Complex.  The two-day tournament is slated to start Friday morning.