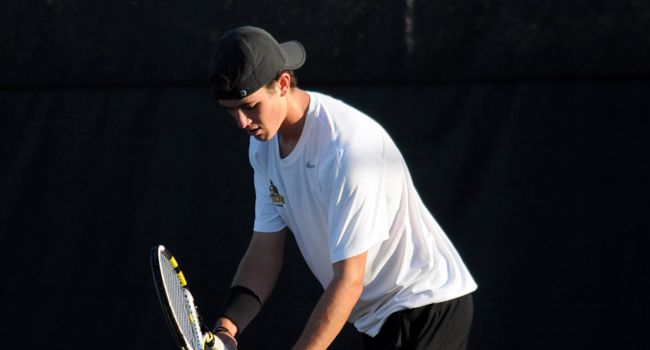 The 33rd-ranked Northwestern Wildcats lived up to the hype Saturday evening as they beat Valpo 7-0 in Evanston.

The No. 2 doubles team of Chris Baum and Danny Oakes managed four games against the pairing of Raleigh Smith and Chris Jackman. Michael Baiocchi and Michael Savaglio dropped their match at No. 3 doubles 8-1, surrendering the doubles point.

"Chris and Eric played extraordinarly well in their singles matches.  They pushed (Smith and Wolf) to their limits.  A couple pivotal points in both their matches could have gone either way," head coach Jim Daugherty said.

Freshman Brian Hickey, who had exhibited considerable improvement as of late, dropped his match 0-6, 1-6 to Jackman.

Daugherty felt the exposure can pay dividends to a young squad down the road.

"Overall, it was a good experience for us.  There's a lot we can take away from this," Daugherty concluded.

With the loss, Valpo's record slips to 4-2; Northwestern improved to 9-4.

The Crusaders' next match is scheduled for Friday, February 15th in Kalamazoo versus Western Michigan.