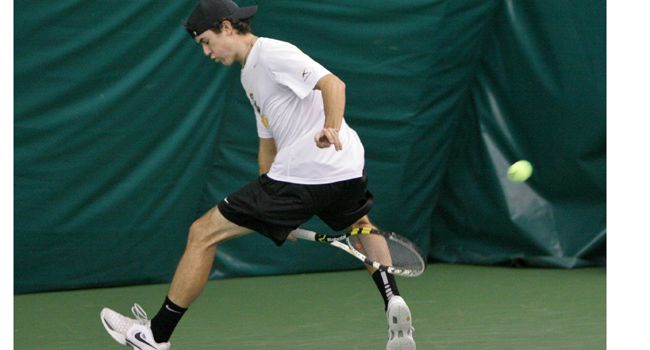 The Detroit Titans and Valparaiso Crusaders split the singles matches, but the doubles point went the way of Detroit in a 4-3 loss for the Brown and Gold at the Valpo Tennis Complex Sunday afternoon.

Senior Chris Baum was victorous in a tiresome match at No. 2 singles defeating Alex Latosinsky 2-6, 6-3, 11-9.

What tipped the scales was the doubles point that the Titans took with wins at No. 1 and No. 2.

The tandem of Honert and Lucas Waak came up short 8-5 in their match versus Latosinsky and Mike Basha before Pablo Nunez and Jay Joshi outlasted Baum and Danny Oakes 9-7.

With the loss, Valparaiso drops to 11-8 overall, and 0-3 in the Horizon League.

The Crusaders travel to Ohio next weekend to take on Youngstown State Saturday and Cleveland State on Sunday.  As of Sunday evening, a time had not yet been determined for the Saturday contest.  Sunday's match against the Vikings will begin at 1:00 pm CT.