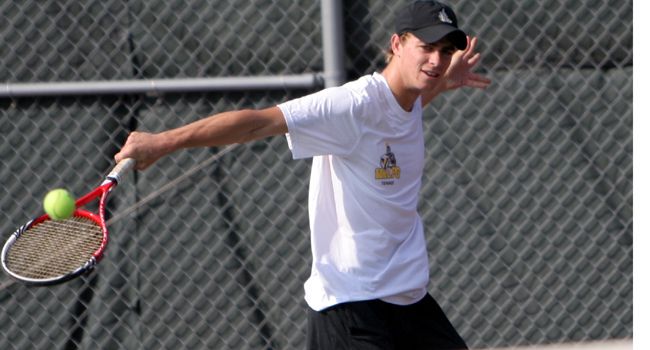 The Purdue Invitational concluded Sunday afternoon but not before Brian Hickey (Western Springs, Ill./Fenwick) earned a consolation championship in the Flight E draw. The sophomore cruised into the finals with a 6-3. 6-1 victory over Wright State's Myles Harris in the morning. The win set up a date in the finals with IUPUI's Rudy Frazier. Hickey took an early lead over Frazier and didn't look back as he won in straight sets 6-4. 6-3. Hickey improved his singles record to 3-1 with Sunday's wins.

The only other match of the day for the Crusaders was Michael Savaglio's (Kenosha, Wis./Mary D. Bradford) semifinal tilt against Marquette's Nick Dykema in the Flight D draw. Dykema got past Savaglio 6-2, 6-3 in the morning match.

Overall, the Crusaders walked away with 18 total victories in the Purdue Invitational, a vast improvement over last year's total of two.

They welcome five teams to the Valparaiso Fall Invitational Friday, the first of the two-day event. The first match begins at 9:00 am at the Valpo Tennis Complex.