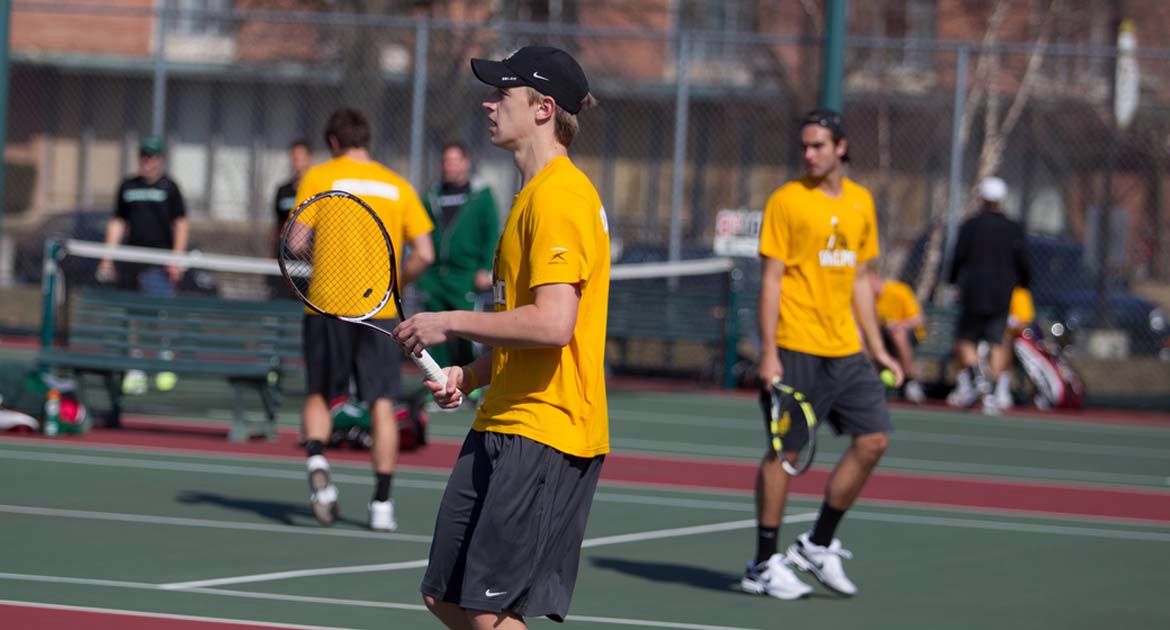 A pair of freshman will be playing for hardware Sunday at the Vredevelt Invitational in Kalamazoo, Michigan. The men's tennis team took part in the first day of singles play Saturday at the Sorensen Courts.

Michael Savaglio (Kenosha, Wis./Mary D. Bradford) dispatched a familiar face in Cleveland State's Ali Shabib. The Crusader junior rallied back after dropping the opening set to claim a 6-7 (7-5), 6-2, 6-2 victory. Savaglio was unable to advance tomorrow's championship match as he was on the wrong end of a 6-3, 6-3 match to Western Michigan's Matt Hamilton.

The 2014 Vredevelt Invitational concludes Sunday afternoon in Kalamazoo with the final rounds of singles play.