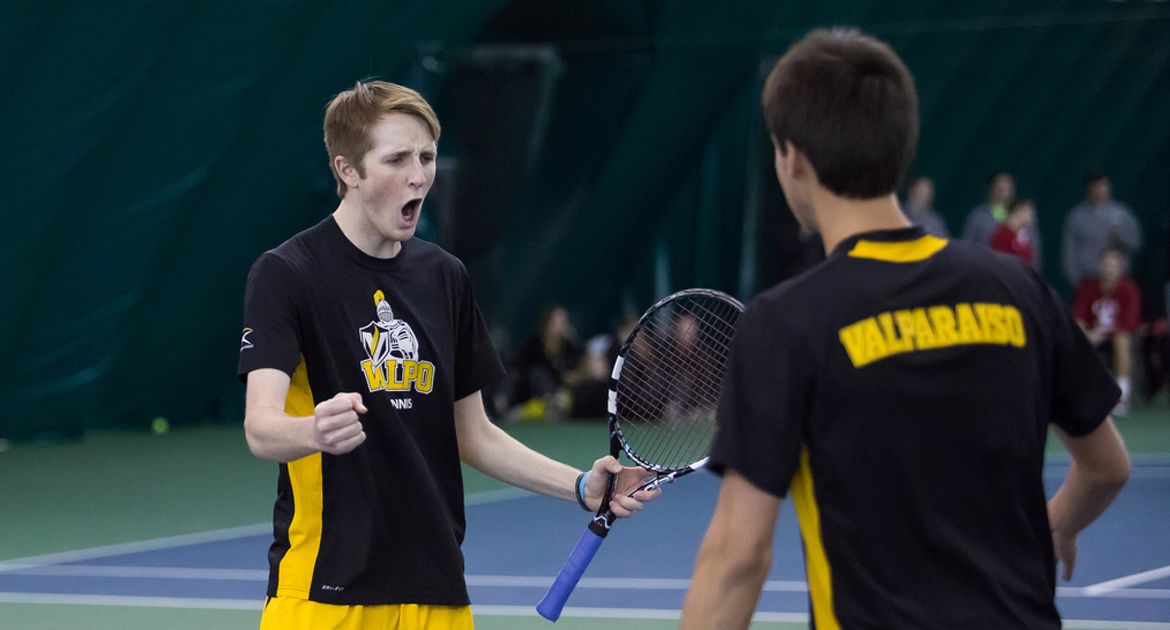 It took the 16th-ranked doubles team in the country to finally slow down the Valparaiso duo of Jeffrey Schorsch (Perrysburg, Ohio/Perrysburg) and Charlie Emhardt (Carmel, Ind./Carmel).

Ohio State's Ralf Steinbach and Kevin Metka scored a narrow 6-4, 6-4 win over the sophomore tandem in the semifinals of the Intercollegiate Tennis Association (ITA) Regionals in Ann Arbor, Mich. The Buckeye team was assigned the nation's 16th ranking in the ITA's Preseason national poll in early September.

Schorsch/Emhardt advanced to the semifinals after they blew past Notre Dame's Drew Dawson/Eric Schnurrenberger, 8-1, in the quarterfinals. Once teams reached the semifinals, the format adjusted to best-of-three sets.

Schorsch and Emhardt compiled a 4-1 record this past week at the Varsity Tennis Center on the campus of the University of Michigan. In the process, the two eliminated some of the top doubles teams from tennis powerhouses across the Midwest including Notre Dame, Ohio State, and Marquette.

Their loss in the semifinals was just their third in 35 matches since arriving to Valparaiso last fall. Schorsch and Emhardt's (11-2) only other defeat this past fall came at the hands of San Diego's Jordan Angus/Filip Vittek, the 28th-ranked team in the nation.

The ITA Regionals represented the conclusion of the men's fall tennis schedule. Spring play is projected to begin in late January.