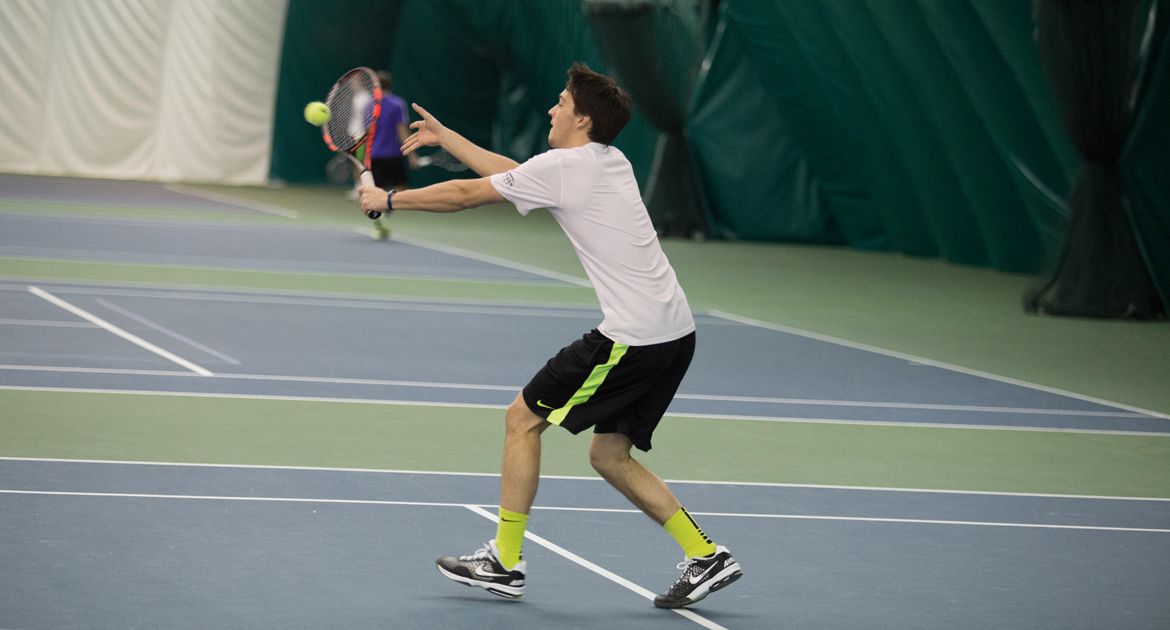 A showdown between two of the powerhouses in Horizon League men's tennis lived up to its billing Saturday afternoon at the Valpo Tennis Complex. Valpo and Green Bay split six singles matches, but the Phoenix claimed the decisive doubles point en route to a 4-3 win over the Crusaders.

Howard Scott and Joey Leto jumped out to a 6-1 win over Dave Bacalla (Skokie, Ill./Niles North) and Chase Hamilton (Hinsdale, Ill./Central) at No. 2 doubles. Lucas Waak (Manitowoc, Wis./Roncalli) and Garrett Gardner (Poland, Ohio/Poland) quickly responded with a 6-1 victory of their own at No. 3 versus Leo Gomez Islinger/Michael Tebon. With the doubles point awarded to the victor of the No. 1 match, Michael Tenzer and Florian Kraenzler prevailed 6-4 against Jeffrey Schorsch (Perrysburg, Ohio/Perrysburg) and Charlie Emhardt (Carmel, Ind./Carmel).

Schorsch and Emhardt got redemption rather quickly in singles play. The sophomore duo gave the Brown and Gold a 2-1 lead following their victories at No. 2 and 4, respectively. Schorsch handily defeated Islinger 6-3, 6-1 before Emhardt dismissed Kraenzler 6-4, 6-2.

Bacalla kept the Crusaders alive and knotted the match at 3-3 by virtue of a 6-4, 6-3 victory over Tenzer, the 110th-ranked player in the country.

The 4-3 loss was Valpo's first at home this season.

The Crusaders (17-5, 1-1 Horizon) will be back at it next Friday versus Detroit. Valpo welcomes the Titans to the Valpo Tennis Complex at 3 pm in the Brown and Gold's final home match of the season.