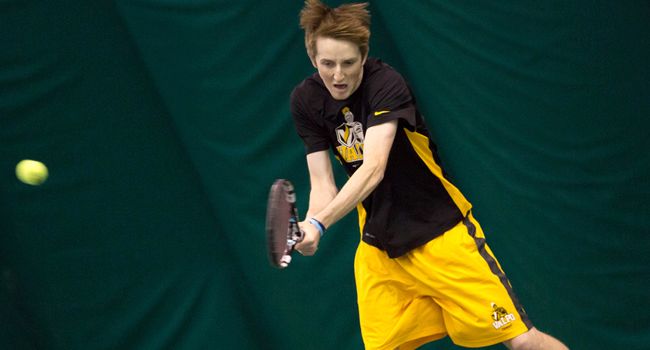 Valpo notched its first 20-win season in program history Sunday following a 6-1 dismissal of the Youngstown State Penguins at the YSU Outdoor Courts.

The Crusaders ran rampant in singles play recording wins in five of the six flights.

Emhardt delivered the match-clinching point just after that, however. The sophomore rallied back for a 6-7 (7), 6-4, 6-2 victory against Kabli at No. 4. The win was his 23rd of the year as he improved to 5-1 in Horizon League play.

Freshman Chase Hamilton (Hinsdale, Ill./Central) rounded out the day with a 6-4, 6-4 victory at No. 6 versus Sherif. Hamilton concluded the regular season on an 11-match winning streak in singles play.

Valpo (20-6, 4-2 Horizon) wrapped up the regular season with 20 wins for the first time ever. By virtue of the tiebreaker, the Crusaders earned the #2 seed in the Horizon League Championship. The Brown and Gold will learn their opponent following Friday's quarterfinal match.