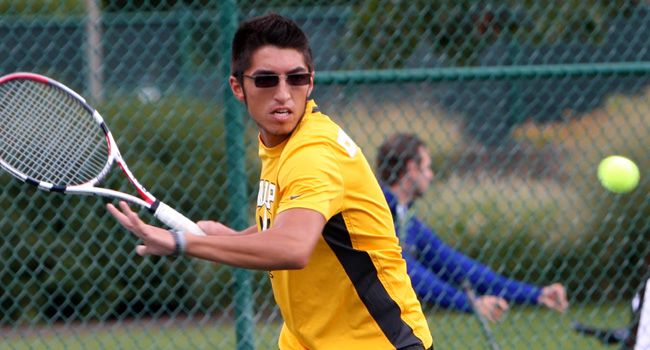 The Valpo men's tennis team made another strong showing in day two of the Crusader Indoor Invitational held at the Courts of NWI in Valparaiso. The Crusaders went a perfect 4-0 in singles play and 2-2 in doubles action.

Brian Hickey (Western Springs, Ill./Fenwick) advanced to the semis in Flight C play. He knocked off Youngstown State's Youssef Sherif, 6-2, 6-4. Hickey will take on Western Michigan's Jimmy Beckwith at approximately 11:15 am on Sunday.

Savaglio and Hickey enjoyed success in Flight B doubles play. They doubled up the mixed tandem of WIU's Surya Sawhney and YSU's John Page, 6-3, in quarterfinals play. The Crusader pair advanced to the semifinals where they dispatched Alfonso Martinez/Tyler Cannon of Olivet Nazarene, 6-1.

Play concludes Sunday at The Courts of NWI.