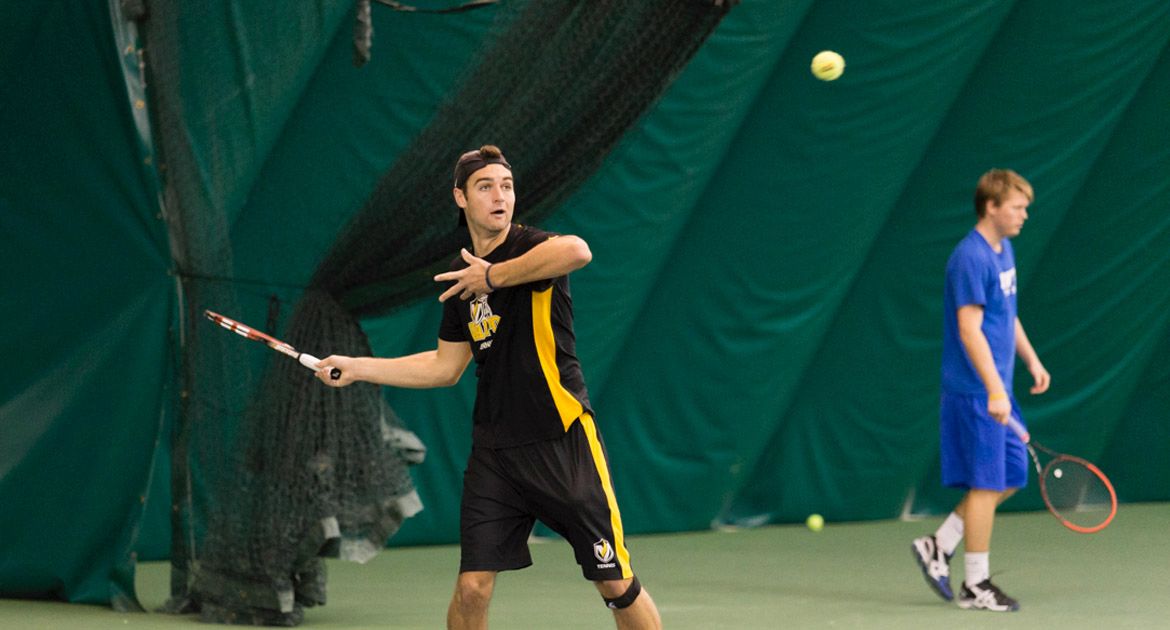 Michael Savaglio (Kenosha, Wis./Mary D. Bradford) and Brian Hickey (Western Springs, Ill./Fenwick) advanced to the final of Flight B after three wins over Friday and Saturday. However, their quest for a championship fell just short after falling 6-2 to Austin Russell and Erich Schuette of Northern Illinois.

Hickey and Savaglio recorded both of Valpo's wins in singles play on Sunday.

Savaglio captured a third-place finish in B singles. After a 6-2, 6-4 defeat to Western Michigan's Matej Svjetlicic in the semifinals, Savaglio exacted revenge on WMU with a 6-3, 4-6, 10-5 triumph over Eric Olivarez of the Broncos in their third-place match.

Waak dropped a 6-3, 7-5 tilt to Horizon League foe Hugo Morth of Youngstown State in consolation play within A singles.

The Crusaders will have a few days to prepare for their final weekend of the fall season. The four-day Intercollegiate Tennis Association (ITA) Regionals kick off Thursday in Notre Dame, Indiana.