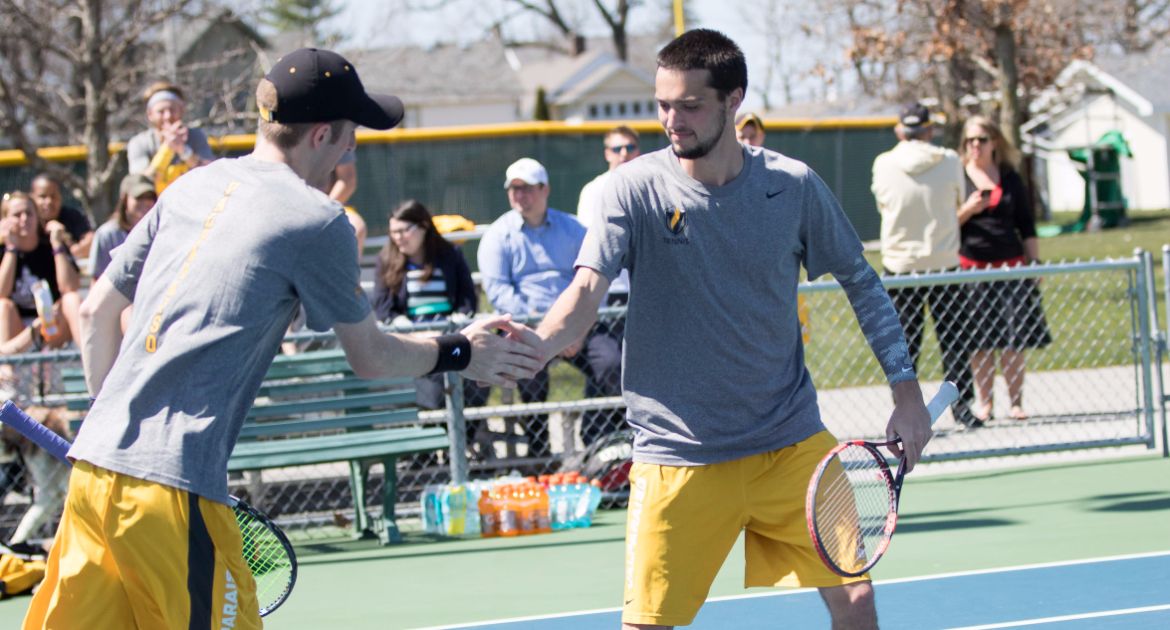 Jeffrey Schorsch and Charlie Emhardt dropped a three-set match in the qualifying round of the ITA All-American Championships on Monday.

After the completion of pre-qualifying over the weekend, the qualifying round of the ITA Men’s All-American Championships cranked up on Monday in Tulsa, Okla. The Valparaiso University men’s tennis team was represented by Jeffrey Schorsch (Perrysburg, Ohio / Perrysburg) in singles and the doubles team of Schorsch and Charlie Emhardt (Carmel, Ind. / Carmel).

The Oracle/ITA Masters will be held in Malibu, Calif. from Oct. 13-16 with Jeffrey Schorsch slated to represent Valpo. In addition, the Crusader Indoor Invitational will take place at the Courts of NWI from Oct. 14-16.