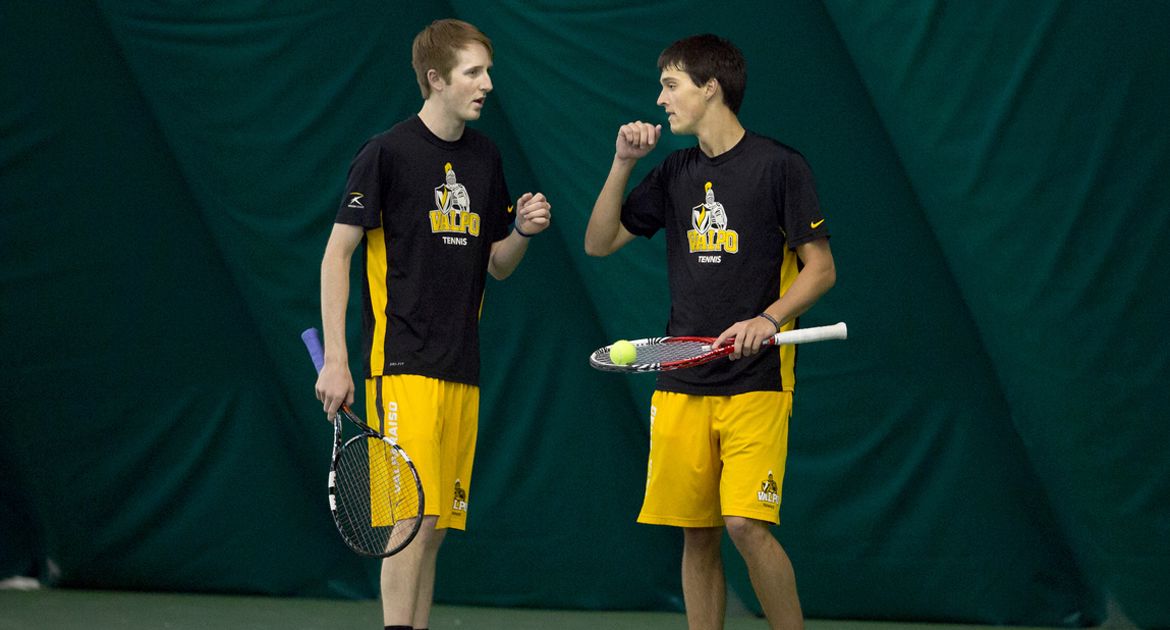 Charlie Emhardt and Jeffrey Schorsch will compete in the semifinals of the USTA/ITA Indoor Nationals on Saturday.

A day after upstaging the tournament’s No. 1 seed, the Crusader pair captured its third win in as many matches in Flushing, N.Y. on Friday, besting Ole Miss’s Fabian Fallert and Grey Hamilton to secure a spot in Saturday’s semifinals.

Schorsch and Emhardt took the first set 6-2, with help from four double faults by the Rebels. The second set was a seesaw affair that saw the Crusaders notch a 6-4 win to put the match away.

Now, Valpo has an opportunity to earn a spot in the USTA/ITA National Indoor Intercollegiate Championships final match with a win on Saturday.

The duo made Valpo history when it qualified for the tournament, which features the top 20 doubles teams in the nation. They made the field by virtue of a USTA wild card selection, becoming the first Crusader pair to qualify. They’ve added to the historic run with each passing win, and will be one of four doubles teams standing going into Saturday.

In the semifinals, Emhardt and Schorsch will face Columbia’s Richard Pham and Victor Pham, who defeated a UC Santa Barbara pair 7-6 (5), 2-6, 1-0 (8) in Friday’s quarterfinals. The brothers are ranked No. 7 in the nation. Victor, a sophomore, was a blue-chip recruit out of high school, ranking as high as No. 11 in the class of 2015. Richard, a senior, advanced to the NCAA doubles tournament alongside Shawn Hadavi last season.

The winner of Saturday’s match between Emhardt-Schorsch and Pham-Pham will advance to the championship match on Sunday.