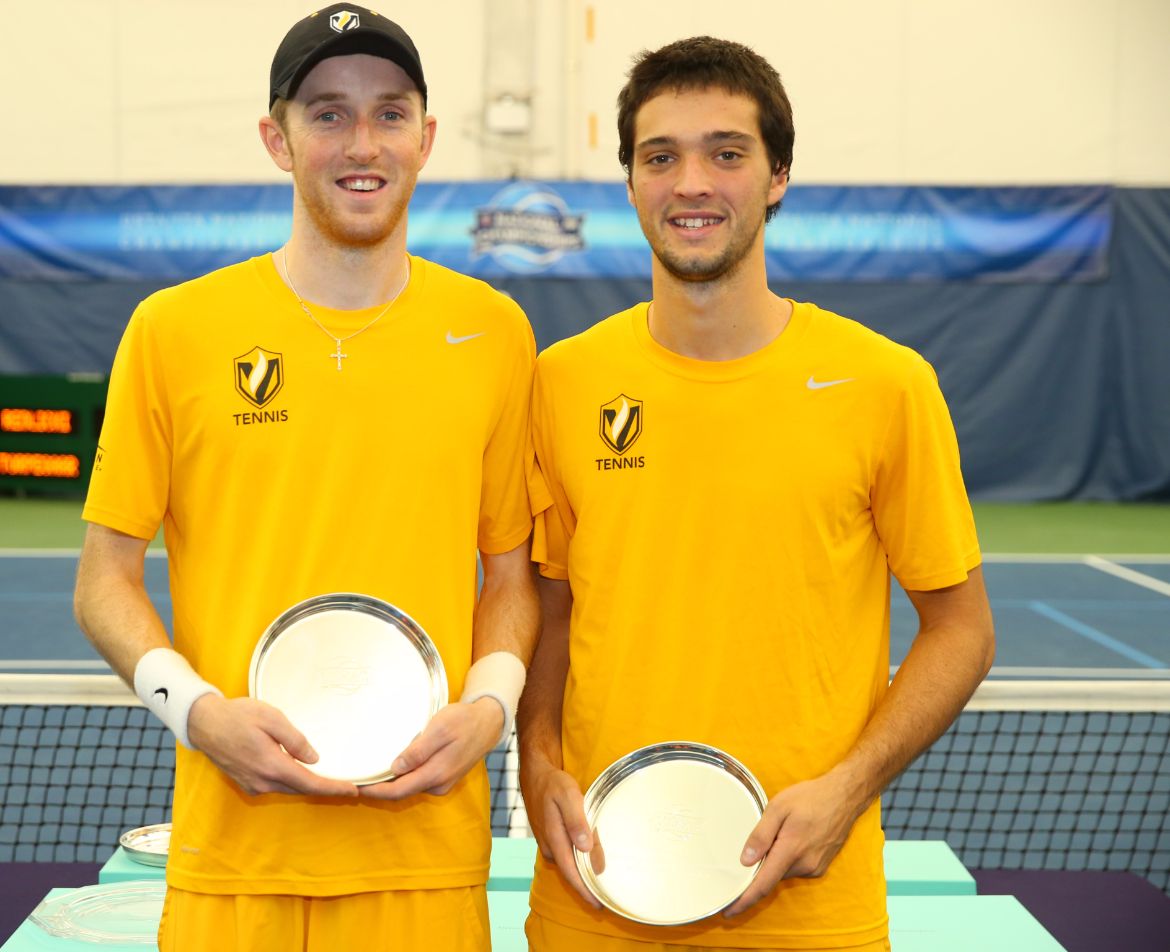 Little did anyone know, qualifying for the event was only the beginning for the Valpo seniors.

The end came on Sunday at the Billy Jean King National Tennis Center in Flushing, N.Y., as Schorsch and Emhardt fell 6-3, 7-5 to Wake Forest’s Christian Seraphim and Skander Mansouri in the USTA/ITA National Indoor final match.

The Crusaders fended off a match point to stay alive and extend the second set by drawing even 5-5. However, Seraphim and Mansouri, the No. 2 seed in the event and the No. 3 team in the nation, eventually prevailed.

The loss snapped a stretch of four straight victories for Schorsch and Emhardt. Qualifying for the event had cemented their status as one of the top 20 doubles teams in the nation. Reaching the final two as a wild card selection made the feat all the more noteworthy.

Along the way, Schorsch and Emhardt dispatched two teams ranked in the top 10 in the nation, California’s Filip Bergevi and Florian Lakat (No. 2) and Columbia’s Richard Pham and Victor Pham (No. 7). The 7-5, 4-6, 1-0 (11-9) win over the nation’s No. 2 team on Thursday is one that will be remembered for years to come.

Next, the Crusaders will take some time away from match competition before returning to the courts in January. Valpo will enter the spring as heavy favorites to repeat as Horizon League champions and make a second straight NCAA Tournament appearance. For now, however, they’ll take some time to soak up the excitement of a Cinderella run that will live on in Valpo lore.